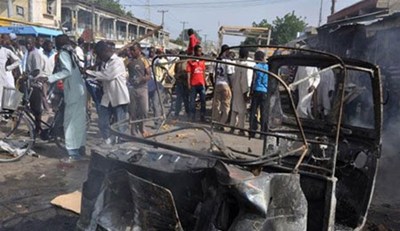 A teenager employed by Boko Haram blew herself into pieces outside a Mosque in Kano last night.

According to eyewitnesses, the teenage girl attempted to enter the mosque but was stopped by the Civilian JTF group guarding the mosque it was at this point that her explosives went off.

She died in the process while some members of the vigilante group suffered grave injuries.