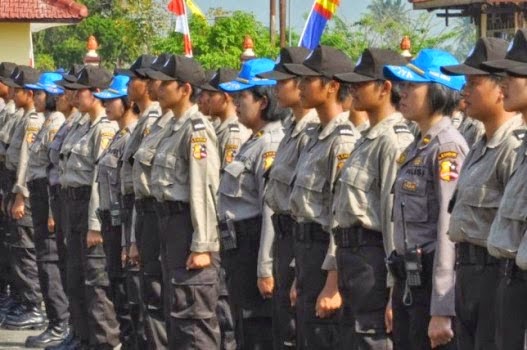 Nov 20, 2014 – Female Police Recruits In Indonesia To Prove Virginity By Going Through Hymen Check Test Before Being Allowed To Join

Women planning to join Police force in Indonesia have been urged to keep their virginity.

According to Indonesia Police recruitment website, a mandatory physical virginity test will be conducted on all females to ensure their hymen is still intact before they can be qualified to join the force.

Human Rights Activists have called on the Indonesian government to get rid of the old practice because it is a form of gender-based violence.

Those who had gone through the mandatory virginity test say it is very traumatic and painful.

“I feared that after they performed the test I would not be a virgin any more. It really hurt. My friend even fainted because … it really hurt, really hurt.’ – said a female police officer