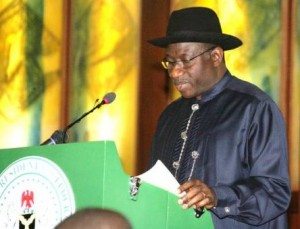 The Federal Government on Wednesday revised the 2012 budget already sent to the National Assembly to make provisions for N656.3bn for fuel subsidy.

As a result, it reduced the budget of the ministries, department and agencies for travels and training by N100bn.

The sudden tinkering of the budget has therefore reduced the 2012 budget figure to N4.649trn from its original outlay of N4.749trn.

The removal of fuel subsidy in January sparked protests across the country as the price of petrol increased from N65 per litre to N141. But the government later reduced to N97 per litre.

The subsidy provision in the 2012 budget was confirmed by the Minister of Finance Dr. Ngozi Okonjo Iweala in Abuja.

It was learnt that the measure was meant to ensure a smaller and more effective budget.

Okonjo-Iweala, in a statement from the ministry, noted that the revised budget had already been transmitted to the National Assembly for necessary actions.

The revision, which led to a reduction of about N100bn, was taken from a host of areas in the budget including administrative, training, transport and other costs.

Also, the campaign against waste and leakages, according to Okonjo-Iweala, has recorded significant success as N74bn has been saved through biometric verification of workers and pensioners.

This, she noted, had led to a reduction in the pension budget while improving the processes for paying genuine pensioners.

The minister explained that the 2012 Fiscal Framework earlier submitted to NASS assumed 100 per cent subsidy removal and only N155bn was provided for the carryover of 2011 subsidy payments.

Shedding more light on the subsidy budget for 2012, the minister stated that the amount was arrived at after extensive consultations with the Nigerian National Petroleum Corporation and Petroleum Products Pricing Regulatory Agency.

She added that the amount of money required for 2012 was estimated using 2008 as baseline year since subsidy payments and other associated factors were fairly stable in 2008.

The statement reads in part, “The savings made and the cuts achieved underscore the seriousness with which the Federal Government views its mandate to make a difference in the lives of the people against all odds.

“At the directive of Mr. President and in line with his commitment to minimise the fiscal deficit and domestic borrowing, several steps were taken to bring the deficit to a more manageable level.