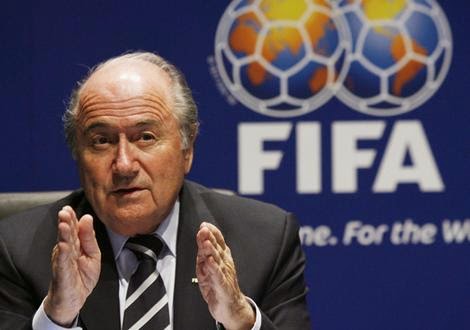 The world football governing body, FIFA, has set a September 8 deadline for Nigeria for the country’s football administration to work according to set down statutes or be suspended from international football.

A FIFA letter sent to the Nigeria Football Federation on Wednesday read in part, “Following the decision by the FIFA Emergency Committee, FIFA has today, 3rd September 2014, sent a letter to the Nigeria Football Federation confirming that the NFF will be suspended with immediate effect should there still be persons claiming to have been elected to NFF positions on 26 August 2014 and occupying their offices on Monday, 8 September 2014 at 08.00 (Central European Time).

“The decision follows events linked to the NFF general assembly held on 26 August 2014. While the said general assembly was duly convened by the NFF Executive Committee to adopt a new roadmap leading to the NFF elections, some members proceeded to hold elections in the absence of the NFF President, who was being held by security forces for questioning.

“In a letter sent on 29 August 2014, FIFA confirmed that it would not recognise the results of the aforementioned elections and that the matter would be brought to the respective FIFA bodies should there still be persons claiming to have been elected and occupying the NFF offices at midnight on 1 September 2014. On expiry of the deadline, some people were still claiming to have been elected and were occupying the NFF premises.”

Continue Reading
You may also like...
Related Topics:ban, fifa, nigeria