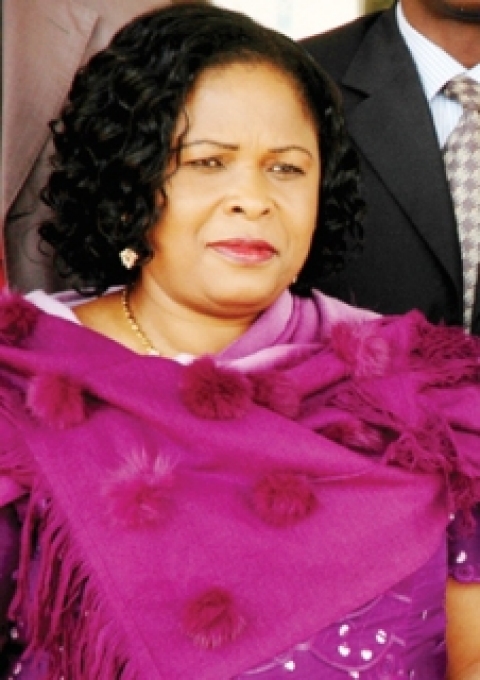 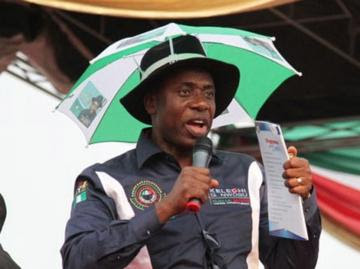 Wife of the President, Mrs. Patience Jonathan, on Sunday said her current visit to Port Harcourt, Rivers State capital, is not meant to unseat Governor Rotimi Amaechi as being insinuated in a section of the media .

Mrs. Jonathan, an indigene of the state, had been in the news for allegedly backing the anti-Amaechi members of the state House of Assembly, with a view to removing the factional chairman of the Nigeria Governors Forum, an allegation she has denied.

In a statement by her spokesman, Ayo Osinlu, the President’s wife said none of the purposes of her latest visit to the state had to do with politics.
She said apart from the fact that the entire country was her constituency, she equally had the liberty to visit any part of the state.

The statement read, “We have observed reports in some of today’s (Sunday’s) national dailies which are an obvious attempt by certain interests to link the current visit of the First Lady, Dame Patience  Jonathan, to Port Harcourt, the Rivers State capital, with a desire to unseat the governor of the state.

“For the purpose of protecting the innocent public from misinformation by these interests, it becomes important for us to state the facts of the First Lady’s presence in Port Harcourt as follows:

“Her Excellence was the Special Guest of Honour at the official commissioning of the Yitzhak Rabin International School, Port Harcourt on Friday,  June 15, during which she also received an award from the Yitzhak Rabin Centre for African Development for her successful advocacy for women empowerment and the achievement of enduring peace in Nigeria and around the continent.

“She also featured eminently as Mother of the Day at the wedding of her brother and member of the Rivers State Legislature, Evans Bipi, on Saturday.
“The First Lady will finally receive well wishers at the burial of her grandfather on Sunday, the 23rd.

“It is difficult to see how any of the activities above is associated with the political circumstances of anyone.
“Perhaps we need to remind those who are crying wolf and are being harassed by their own ghost, that Rivers is the home state of the First Lady, which makes her a principal stakeholder with all the rights and privileges to visit the state as she considers needful.
“This is besides the fact that the entire country is her constituency as mother of the nation, a situation that comes with the liberty to visit any part thereof at will.”