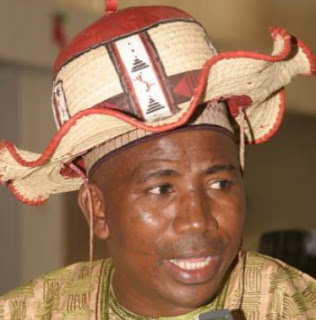 The National President of Miyetti Allah, Kautal Hore, a Fulani socio-cultural Association, Alhaji Bello Abdullahi Badejo, yesterday in Kano, raised the alarm that the cattle herdsmen/farmers crisis, ravaging some parts of the country have been hijacked by politicians, who want to take the advantage to prosecute the 2019 campaign agenda.

Badejo, who spoke to reporters in Kano, said the worrisome trend, over the rampant killings has now taken a frightening dimension in which the politicians are cashing in on to create a division in the minds of the people by branding the Fulani herdsmen as ‘killers’.

According to him: ”politicians are interfering in the Fulani herdsmen/ farmers crisis. They are trying to create a division, as well as divide the minds of the people. Politicians are punishing farmers, including Fulani cattle herdsmen because they want to use the face-off as a basis for 2019 politics.”

The Miyetti Allah national president, argued that fulani are peace loving people, who have a unique identity, different from other races, so for people to now label Fulani, of carrying AK 47 Assault rifles to kill is totally false, insisting that fulani worldwide are only engaged in cattle rearing and nothing else.

”They plan to create 5,000 hectares of land to be used as cattle colonies in some states. It is a welcome idea, but if the Benue State Governor, Samuel Ortom had agreed to create the proposed cattle colonies, rather than the grazing law he enacted, it would have not degenerated the current controversy but address the face-off.

”But this Ortom’s law is by no means favourable to the Fulani, that is why are vehemently opposed to it. So, the proposed colony will serve as an enduring solution to the lingering Fulani herdsmen/farmers crisis. And as such, we are in support of the Federal Government’s agenda to create the colonies.”

The Miyetti Allah boss therefore called on the Inspector General of Police, Ibrahim Idris to seize the opportunity of his relocation to Benue State to establish the truth, as to who is attacking who and at the close of the day, prosecute, whoever is found guilty, insisting that the fulani have been and are still peace-loving people.

However, he dismissed as false, insinuations that the Federal Government is grabbing the land to hand it over to the Fulani, saying: ”Only desperate politicians are opposed to the creation of cattle colonies for fulani herdsmen. These issues have been politicized.”

In addition, he stated that anyone armed with AK 47 Assault rifle cannot be rearing cows, adding that such a person must be an armed robber from somewhere, disguising as a Fulani Herdsman and carrying weapons, as well as wearing Fulani attire to deceive the public.

To this end, he said he is surprised about the rampant attacks occurring between farmers, communities and Fulani cattle herdsmen in Plateau and adjoining states, adding that if any fulani man invades somebody’s farm and steal, let the Fulani man be arrested and called to order rather than not only politicizing it but blowing it out of proportion.

[Exclusive report By The Nation]

Continue Reading
You may also like...
Related Topics:Crisis, Fulani, herdsmen

Tinubu Laments, Says Nigeria Has Become A Cruel Playground
Before We Are Scammed Again: A Wake Up Call To All As 2019 Election Approaches