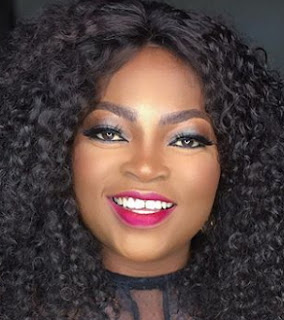 Mr Rasheed Bello, the lovely husband of Funke Akindele Jenifa has come under for shielding his beloved wife from interacting properly with her family members.

A source who broke the developing story to NG over the weekend said at this stage, close family members of Funke Akindlee have also distanced themselves from her to prevent the kind of insult they have received in the past.

The source alleged that since Funke Akindele “shipped” her notorious baby daddy partner from the UK, he has done a very good job of making sure no family member have free access to the mansion the actress bought in Ibeju Lekki area of Lagos.

Though Funke Akindele is having problem conceiving, we learnt Mr JJC has urged her to relax her mind because his love for her is not centered around her ability to conceive. 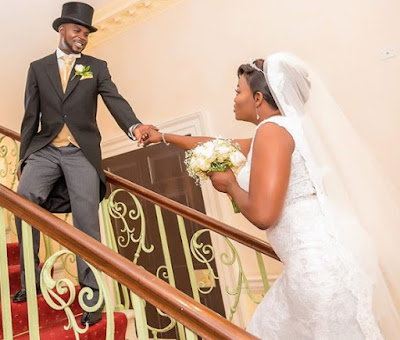 JJC who has 3 kids from 3 different women has no need for children but Funke Akindele who is yet to have a child of her own at 40 is really worried.

When NG asked if Funke Akindele’s mother, Prophetess Akindele has free access to her daughter mansion, the source said she may be because when her daughter was pregnant last year, she was a frequent visitor to the place but other family members have been barred from visiting Jenifa’s mansion.

The source concluded that worried family members of Jenifa are of the opinion that Rasheed Bello might have “jazzed” their daughter since she is no longer the Funke they used to know before she got married.

Rasheed Bello, a former musician now has a bit of popularity courtesy of his wife whose net worth is estimated to be  500 million naira.

Daddy Freeze Shares Bible Verses, Says Smoking Cigarette & Tobacco Addiction Not A Sin
Omotola Jalade Is The Breadwinner Of Her Family, Pilot Husband Captain Matthew Ekeinde Not As Rich As You Think