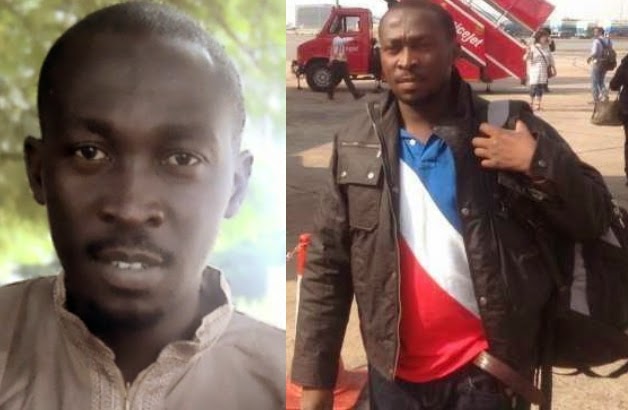 A very courageous Nigerian journalist who was recently accused of working for Boko Haram fled to Dubai after SSS mistaken him as part of the dreaded sect.

Known as the only reporter in Nigeria with exclusive access to Boko Haram, the Nigerian Federal Government has sponsored him back to Nigeria to help them in negotiating with the terrorists for the release of the abducted Chibok secondary school students.

Ahmad Salkida returned home recently after the Nigerian Federal Government assured safety for himself and his family members.

He took to his Twitter page few hours ago to say:

“Speculations should not becloud d fact that there r many well meaning patriots including myself that r working quietly day & night for peace
Thank you all for your concern. I’m okay but VERY busy beyond twitter working towards peace. I love my country and I cherish her unity
I will forever be readily available to use my rare professional access and knowledge to end this madness and senseless violence in Nigeria
There is nothing wrong in having professional access to insurgents as long as it is used to save lives and promote peaceful coexistance
On twitter everybody is an expert and some of us that can start a class here on conflict and radicalisation are not taken seriously
Nigeria is our country, we have no other country to call our own, so lets get it right
One of the main reasons I unfollowed many is b/c of unmeasured comments. We must all think and act properly to get this right.”

This is how Daily Mail is reporting it:

“One hundred non-combatant, low-level sympathisers were to be freed and the two groups brought together in a convoy of buses accompanied by a hand-picked go-between, respected Nigerian journalist Ahmad Salkida.

The plan had been agreed in tortuous negotiations in response to worldwide outrage over a night-time raid on a school in the town of Chibok on April 14 when the girls were abducted from their dormitories.

Mr Salkida was born in Borno State, where Boko Haram originated. He has known its leaders all his life and has unprecedented access.

He has been arrested on several occasions accused of being a Boko Haram sympathiser, and he fled with his family to Dubai two years ago.

But two weeks ago, he was summoned out of exile by President Jonathan’s aides. He initially feared he might face arrest, but was then given a letter of indemnity signed by the President when he flew to Nigeria.

Sources said Mr Salkida was able to travel by taxi to the group’s forest camp to talk to Shekau two weeks ago. ‘His mission was secretive and dangerous,’ they said.

He is probably the only civilian with access to Shekau. There is trust between them and Salkida had only one aim – to get the schoolgirls out.

He reported afterwards that the group of girls he saw were alive and well, and being adequately fed and sheltered. They told him all they wanted was to go home.

Salkida’s mission was complicated by the chaos surrounding government’s pronouncements about negotiations with the terrorist group.”