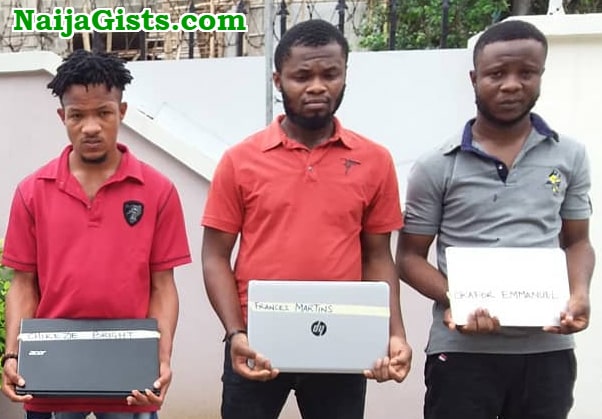 The EFCC says it has arrested 5 suspected internet fraudsters in a sting operation in Uyo, Akwa Ibom.

“At the time of arrest, it was discovered that the suspects, who were lodging in a three-bedroom flat, used one of the rooms for cyber-crime activities. 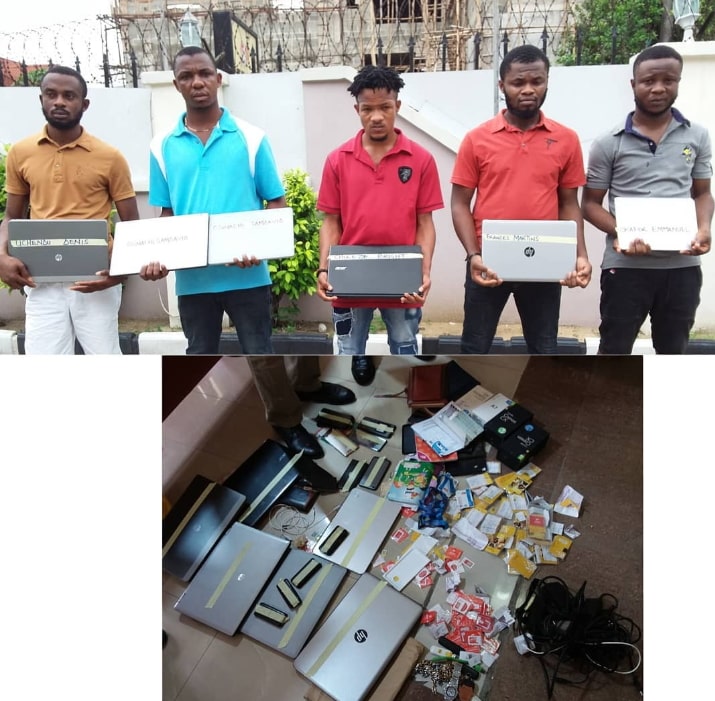 Items recovered from them include 123 sim cards, which had a Turkish sim card; six Laptops and 13 expensive mobile phones.

“Other recovered items were books and diaries containing phone numbers and over 300 email addresses, amongst others.

“They will be charged to court as soon as investigations are concluded,” Orilade said. (NAN)