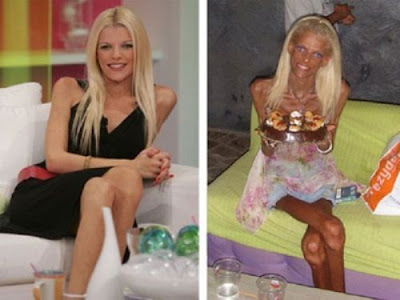 Nana Karagianni, one of the most sexy journalists in Greece who married her fiance few years ago is battling a terrible eating disorder called Anorexia. 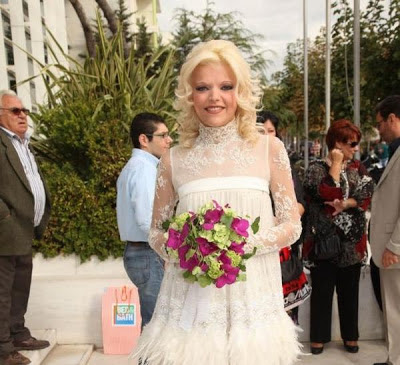 Nana Karagianni’s anorexia disease started when she ventured into modelling.

The sexy lady was hit by the worst disease most models battle over their fear of becoming too fat. This is a condition when people abstain from eating or even after eating, they vomit immediately. 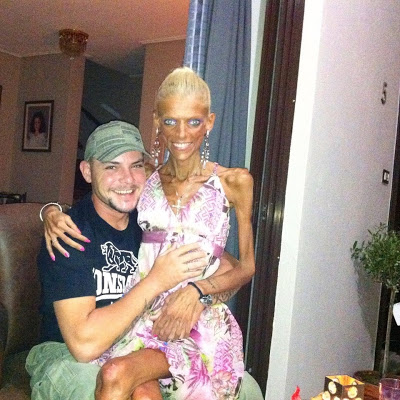 Nana who is still happily married recently shared some anorexic photos of herself on Facebook to prove to her fans that her man is still standing by her side. 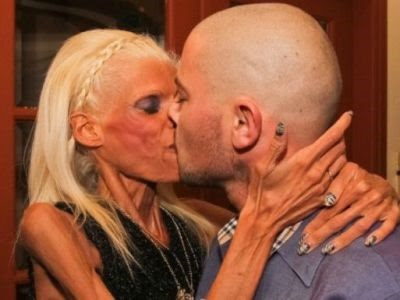 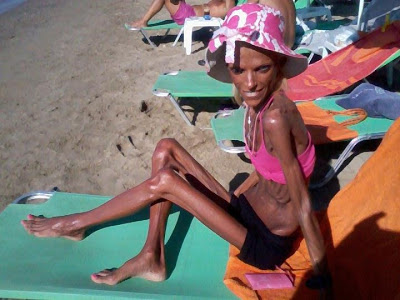 Nana Karagianni eating disease has made her unrecognizable in social setting.

Anorexia is an eating disorder characterized by immoderate food restriction and irrational fear of gaining weight, as well as a distorted body self-perception. It typically involves excessive weight loss and is usually found more in females than in males.
It is simply a medical term for lack of appetite.

Hope she gets medical help on time.