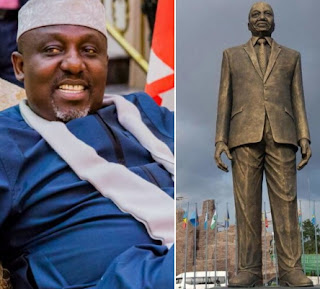 Ohakim, who handed power over to Okorocha in 2011, said that his successor had impoverished the people and failed “comprehensively” in terms of leadership and development. 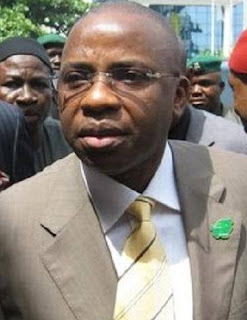 He said, “Should I praise Okorocha because civil servants now receive half of their salaries instead of 100 per cent? Should I praise his government for owing pensioners for over 30 months and recently issuing dud cheques to them? What exactly are those good works for which I was supposed to be showering praises on the governor?

“The fact is that no right-thinking Nigerian can praise Rochas. Our biggest industry, education, is in a free fall. Youth unemployment has risen to an unprecedented height. Executive promises are discarded like used napkins like the promise of conducting local government area election, which has been made eight times but discarded eight times.

“Quality and due process have been relegated to the background, leading to an unmitigated infrastructural disaster like roads collapsing within 90 days. There is also a deliberate strategy to destroy our judicial system.

“Court orders are hardly obeyed, judicial quarters are bulldozed with recklessness and as of today, judicial officers are being owed 11 months’ salaries, while monuments costing hundreds of millions of naira are being mounted for foreign dignitaries and whereas our children are killed in their countries.”

Similarly, a group called the Igbo National Council said it was a show of shame by the Okorocha administration to have erected Zuma’s statue in the state.

INC also said that the naming of a street in Owerri after Zuma was unfortunate.

INC President, Chilos Godsent, told Saturday PUNCH that South Africa, in recent times, had recorded the “wanton killing of many Igbo youths who are doing business or working in South Africa in the name of xenophobia.”

He said, “Zuma cannot be said to be a Nigerian or an Igbo patriot; he has not contributed in any capacity to the well-being of Imo State indigenes or the Igbo.”

INC said the INC was, therefore, calling on Okorocha “to immediately reverse the naming of a street in Owerri after Zuma and dismantle his statue.”