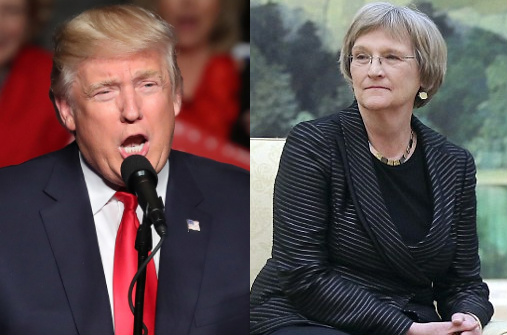 “Nearly half of the deans of Harvard’s schools are immigrants—from India, China, Northern Ireland, Jamaica, and Iran.

“Benefiting from the talents and energy, the knowledge and ideas of people from nations around the globe is not just a vital interest of the University; it long has been, and it fully remains, a vital interest of our nation,” she continued, in an email that urged the Trump Administration, Congress, and court system to reconsider the order.

Faust’s words come amid backlash over an executive order which bars ctizens from Iran, Iraq, Libya, Somalia, Sudan, Syria and Yemen from traveling to the US for 90 days.

Opponents of the ban worry that the temporary travel suspension will turn into a permanent ban. Two Harvard affiliates have been blocked from entering the US since the order was issued, according to The Crimson.