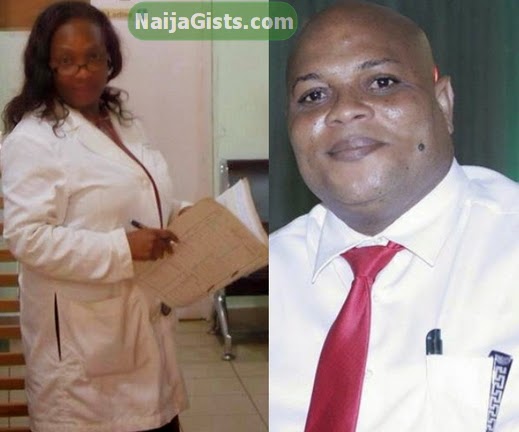 Details have emerged on how the latest Ebola victim in Nigeria contracted the virus from a Liberian-American Patrick Sawyer at an hospital in Obalende Lagos.

Popular Lagos-based Doctor Ameyo Stella Adadevoh, a Senior Consultant Physician and Endocrinologist, was one of those who diagnosed and was treating Sawyer of the ailment when he was first brought into First Consultant Hospital.

The hospital was where the late Patrick Sawyer, the Liberian-American, was diagnosed with the deadly Ebola disease .

According to the ELITES, when Patrick Sawyer arrived the hospital, the first person he came into contact with was Dr. Ada, the 26-year-old who was also infected with the deadly virus by the Liberian-American carrier. Dr. Ada has since recovered from the infection and discharged from quarantine facility.

Sources disclosed that Sawyer told Dr. Ada that he had Malaria. He didn’t tell her he was coming from Liberia where he had been in contact with his sister who died of Ebola.
The following day, when Sawyer did not show any sign of recovery from malaria, in spite of the thorough treatment that was given to him, Dr. Ada and her colleagues at First Consultants Hospital became concerned. She then invited her boss, Dr. Ameyo Adadevoh, the senior consultant at the hospital, who immediately suspected Ebola and ordered for test.

In one of their close encounters with Sawyer, he became restive, dropped his drip bag on the floor and called for assistance. When the nurse came, he told her that he wanted to see the doctor and not the nurse. When the doctor arrived, she found the drip bag on the floor. She then assisted him to reset the drip without gloves and protective clothing. This might have been the moment of contact with Sawyer’s fluid.

As Adadevoh battles to survive the infection of the deadly virus, the recovery and eventual discharge of Dr. Ada and other victims, has raised the hope of many Nigerians that the popular medical practitioner will beat the virus and bounce back to life soon. Sources disclosed that family and friends of Adadevoh have been rallying round to facilitate medical cure for her. According to reports, Dr Ada was treated by Nigerian local doctors, with immune boosting drugs, antibiotics and symptoms management drugs and her survival is largely attributed to her strong immune system.