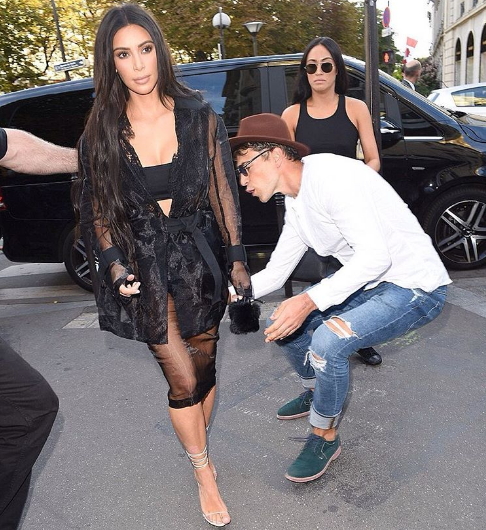 The serial prankster who attacked Kim K in Paris yesterday has spoken.

The popular Ukranian man identified as Vitalii Sediuk was seen grabbing Kim K’s behind yesterday before her body guards wrestled him.

He later took to his official IG page to explain why he attacked her. 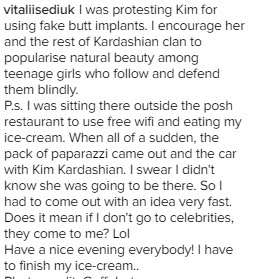 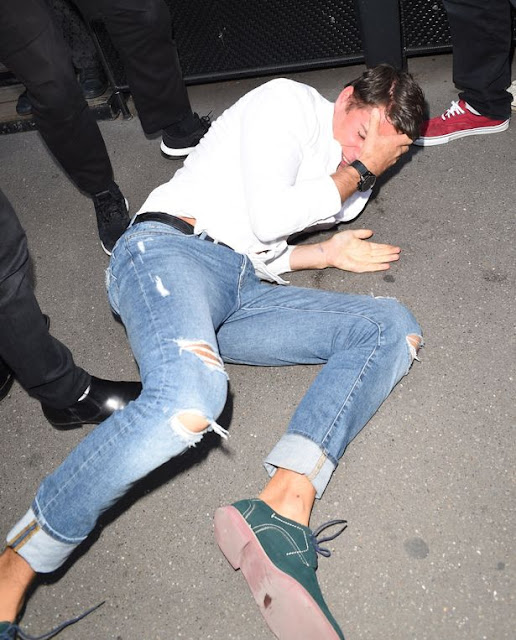 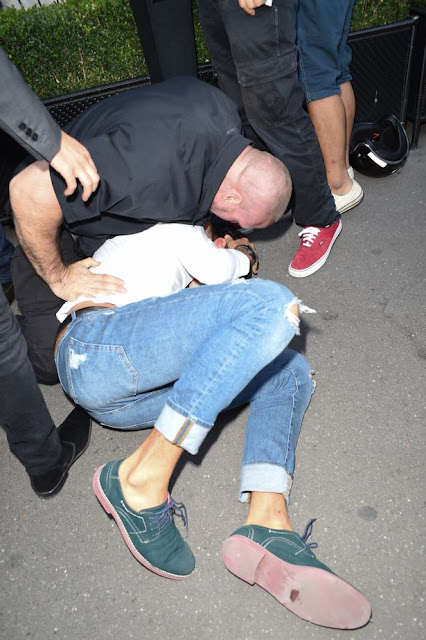 He was very lucky Kanye West wasn’t there yesterday, he would have lost a tooth. #wahala man