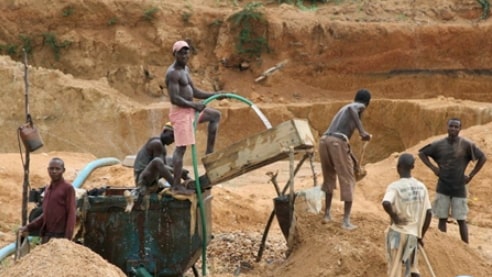 Residents of Ilesha in Osun State are living fear, following the “invasion” of the communities by Hausa miners in search of gold and other mineral resources.

Thousands of the Hausa gold miners are in many parts of Ijesa land, particularly Ilesa East and West local government areas as well as in Epe and Itagunmodi in Atakumosa East Local Government Area.

The residents complained of destruction of their crops and farmland by the gold dealers, who they said brought thousands of Hausa to dig the land and explore the mineral for them.

A resident, who spoke in confidence, regretted that the community lives in fear because “there is a prospect of invasion by some northerners, who are about half of population of many communities in Ijesa land where they have come to search for gold”.

According to him, hundreds of northerners are conveyed daily in trucks from the North to Ijesa land.

The resident said many unemployed youths had been advised to participate in the “illicit” exploration.

He said if nothing is done urgently about the development, the state may be facing a serious security challenge.

“The activities of the illegal gold miners portend great danger to our state and it is unfortunate that the government is not doing anything to curtail them. The miners are growing at an alarming rate as they introduce the trade to many newcomers.

“We are not safe on our land anymore. When you raise the alarm about them, they will chase you in a bid to kill you. What makes the matter worse is that the government is only grandstanding. There has been no visible intervention since we brought this matter to government attention. They only play hide-and-seek with the security of our people.

“Our women are not safe; the children and youths are under negative influences of the invaders. We are worried about the insecurity in our community as bad elements, like Islamic fundamentalists, could mix with them to wreak havoc in the communities,” the resident said.

[By Adesoji Adeniyi, The Nation]