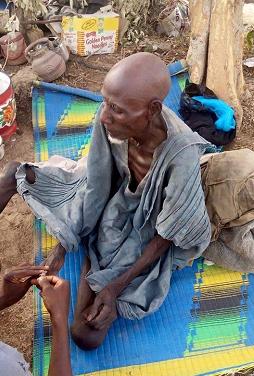 Mallam Ibrahim Matuk, an 80-year-old Northerner rescued from Boko Haram captivity yesterday told the troops of 29 Task Force Brigade that he went through hell in the hands of the insurgents who reportedly wiped out his entire family while in captivity.

The elderly man had lived in Shaltimari village in Borno state all his life before Boko Haram came to dislodge him and his family members.