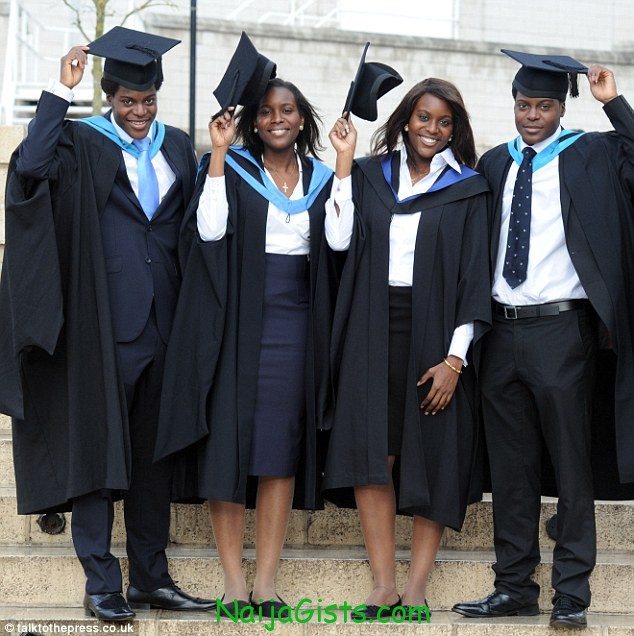 According to Coventry news, the 23 year-old set of Nigerian-born quadruplets, Tolu, Tokunbo, Tobi, and Temi, of the Ogunsanyas have all graduated from Warwick University in the United Kingdom on the same day. naijagists.com

“A set of quadruplets are looking four-ward to sparkling careers after they all graduated with masters degrees on the same day.

The 23-year-old quads – two identical brothers and two identical sisters – donned their robes and collected their degrees from Warwick University yesterday and are now all set for top jobs in London.

Sisters Toks and Temi Ogunsanya – who were also leading lights in the university’s lacrosse club – are the oldest of the four siblings by a matter of minutes.

Toks graduated with an MEng in manufacturing and engineering and has a job in banking lined up in the capital. 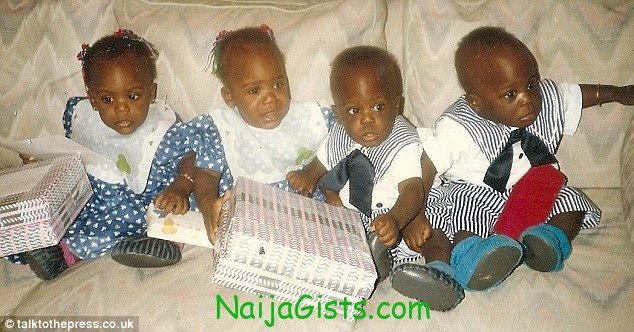 Temi, who gained an MSc in management, is already working at a major bank in London after she was offered a job at the end of a summer internship there last year.

Their brothers, Tobi and Tolu Ogunsanya, also received their MSc in management at the Warwick Business School.

Tolu, the youngest of the four, will soon start working at one of the UK’s biggest accountancy firms, while Tobi is currently mulling over two job offers.

Tobi, said the foursome were not above a bit of sibling rivalry when it comes to their academic prowess.

He said: “The fact we all chose to study at the University of Warwick was a natural decision as we are a close-knit family and we were all attracted by the strength of the courses on offer.

“But of course, as with any family, there can be a bit of competition between us when it comes to our studies.

“We like to think of it as a healthy rivalry – and we all supported each other through the course.

“And now we’ve all graduated together, it means that our mum is four times as proud of us.”

The quads, who are originally from Lagos, Nigeria, now all live in Hempstead, London.

Three of them also graduated in their undergraduate courses at Warwick in summer 2010 while the fourth went to university in Leeds. 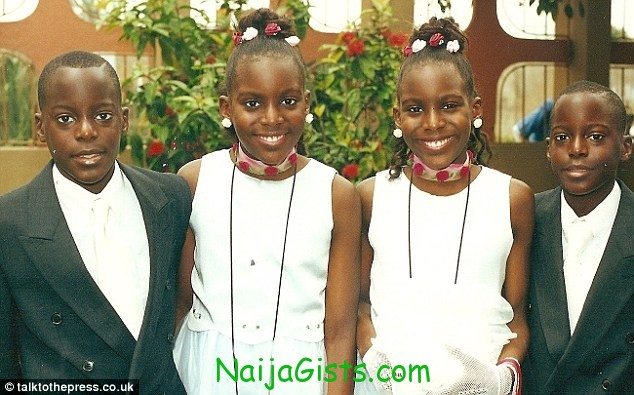 Although Toks studied for her masters in a different faculty, the university had arranged for all four of them to graduate at the same ceremony yesterday.

“Their lecturers say they have been great to teach and they have all contributed to the life of the university both in and outside of the classroom.

“It’s a delight to see them graduate and know that they are on their way to promising careers.”