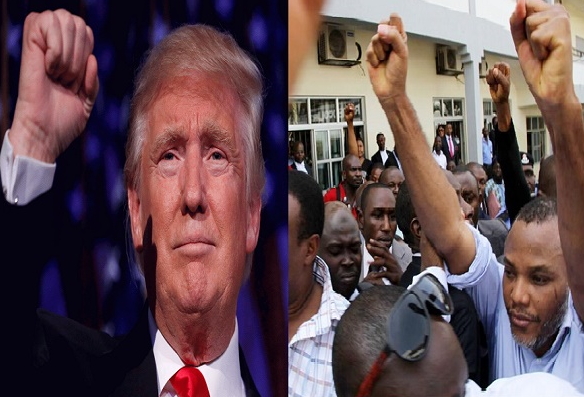 IPOB, the Indigenous People of Biafra has called on Biafrans and other family members all over West Africa to join in a peaceful solidarity rally for President-elect of the United States of America (USA), Donald Trump.

The rally is scheduled for for Friday, January 20, at Igweocha, Port-Harcourt, Rivers State.

The group said the solidarity rally will be in support of Trump’s swearing-in as the 45th US president and for the release of its leader, Mr. Nnamdi Kanu and others detained illegally in all the Department of States Services (DSS) cells and prisons across Nigeria.

A statement by the Media and Publicity Secretary of IPOB, Mr. Emma Powerful said the rally will also be for Biafrans, friends of Biafra and lovers of freedom world wide. 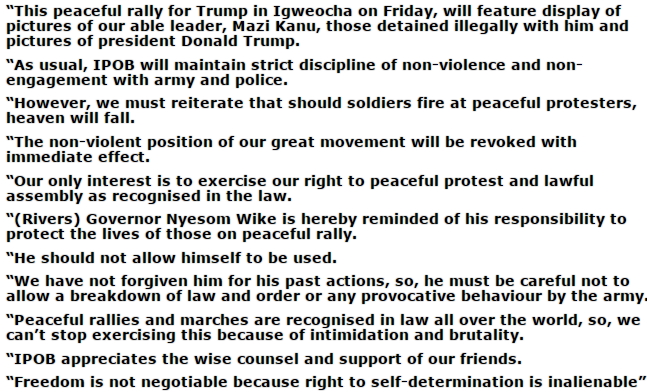