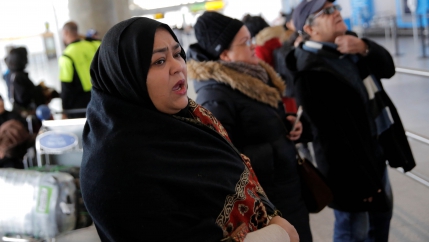 A family from Iraq was stopped from flying from Cairo to New York yesterday after US President Trump signed an order restricting arrivals from seven Muslim countries.

Egyptian officials said the family had visas and were in transit when they were prevented from boarding the EgyptAir plane to New York’s JFK airport.

Fuad Sharef, 51, and his wife and three children were instead forced to board a flight back to Arbil in Iraq’s autonomous region of Kurdistan, he told AFP. 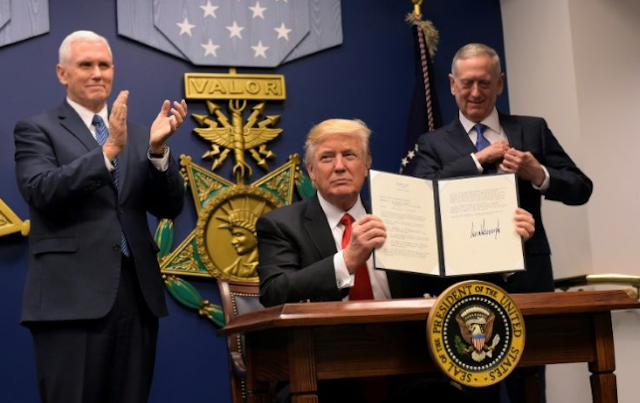 “I had sold my house, my car, my furniture. I resigned from work and so did my wife. I took my children out of school,” said Sharef of the family’s preparations to resettle in Nashville, Tennessee under a special immigrant visa.

Back in Arbil, the pharmaceutical industry manager, who had previously worked for an NGO subcontracted by the US aid agency, said he was devastated.

“Donald Trump destroyed my life. My family’s life. I used to think America was a state of institutions but it’s as though it’s a dictatorship,”.
“For a decision like this to come out and be implemented immediately, and against whom? Against a valid visa holder.”
“I put my life at risk, working with the Americans at a time that it could have gotten you killed,” he said.

The family had been barred at Cairo after a flight manifest was sent to JFK airport, which responded with instructions that they were not to board, according to airport officials.

Continue Reading
You may also like...
Related Topics:entering, family, muslim, stop, us

Calexit 2019: California Wants To Separate From The United States Of America
Iranian PhD Graduate Deported After 7 Years Of Living In The US Laments Trump Ban On Muslims