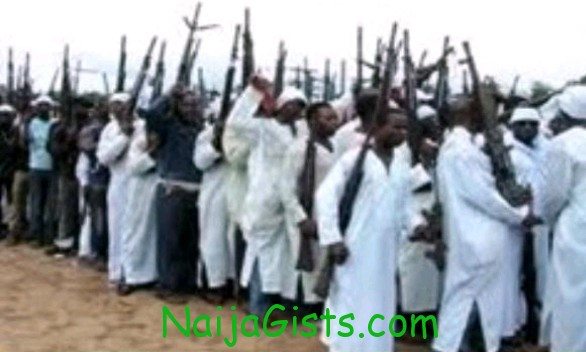 After several ceaseless attacks on Churches and Christians in Nigeria today, it’s obvious the Boko Haram Islamic sect as well as their sponsors have one agenda and it’s to Islamize Nigeria.

Nigeria as a country today was founded on the principle of the Holy scriptures.

There is no man from the pit of hell capable of turning this nation into an Islamic country.

General Ibrahim Babangida, the silent sponsor of Boko Haram in Nigeria which others have claimed is untouchable will soon see the hand of God.

The churches have been the favorite haunt of this evil sect that craves the Islamization of Nigeria, a mission which is impossible.

Boko Haram as a well as their founders have caused more bloodshed in the history of Nigeria.

They have murdered innocent mothers, fathers, children and unborn babies.

The time of vengeance has come upon them.

Behold vengeance is mine says the Lord.

God told me to tell you Boko Haram, from now on, you will know no peace

Message From God To Grieving Nigerians

Nigerians Are Not Terrorists

Nigerians are not terrorists. We are people of culture.

As a committed Christian with muslim mother, I have muslim friends so don’t tell me they’re terrorists.

Nigerians have lived together in harmony until when Ibrahim Babangida hired foreign Jihadists to turn Nigeria into an Islamic nation.

Do you remember IBB ganged together with Abiola to turn several million of Holy Bibles into the ocean few years back? Is God asleep?

Why was Abiola arrested? Why was his presidential ambition foiled? (Judgement of God I guess)

Ibrahim Babangida was recently sick and  rushed to abroad for emergency treatment? Judgement is looming………

Vengeance Has Been Proclaimed On Boko Haram

Watch it guys, you will hear terrible things in the camp of Boko Haram and their founders soon.

I still believe these Jihadists were hired to operate in Nigeria.

According to reports from reliable sources, most of these Jihadists were hired from the Niger Republic to fulfill this Islamization agenda in Nigeria.

Peace be unto you.