Posted on November 9, 2017 by Naija Gists Leave a comment 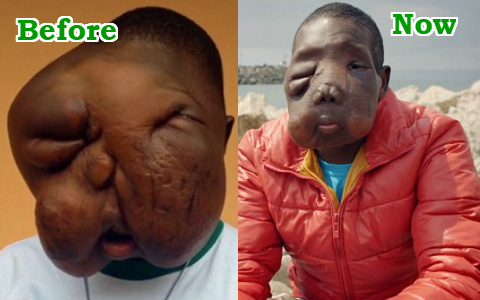 A boy from Ivory Coast who was abandoned by his mother at the tender age of 11 when a cancerous tumour engulfed his entire fire finally gets life-saving chemo six years later. 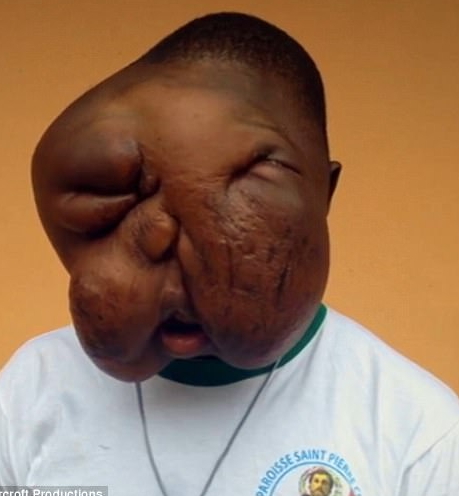 Kambou Sie has suffered with the life-threatening condition since he was 11.

Known as Prosper, he said his mother ‘stopped caring’ about him and left.
His father was too poor to afford help and the lump grew to swallow up his face.

Sie has had chemotherapy to reduce the tumour thanks to a charity. 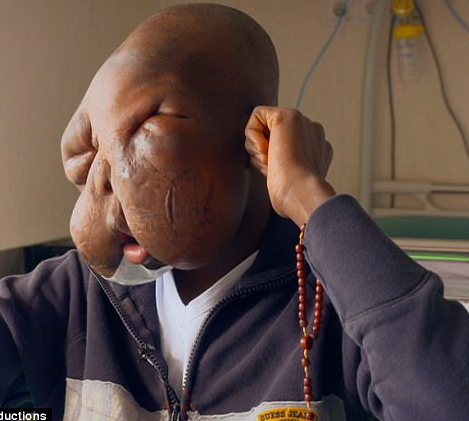 Kambou Sie was abandoned by his mother who ‘couldn’t cope’ with his facial disfigurement.
Having suffered with the life-threatening condition since he was 11 years old, his father was too poor to afford help.

Left untreated, the lump grew to completely swallow up his face, blocking his mouth and forcing his eyes to close.

Now 17,  thanks to the help of a charity, he has chemotherapy to reduce the tumour and is set to have cosmetic surgery to remove the dead tissue in his face.

Kambou, nicknamed Prosper, now 17 has received an emotional message and apology from his estranged mother.

The teenager, from Bondoukou in the Ivory Coast, said:

‘People said I was some kind of monster, saying that maybe it was something I had eaten which made me like this, but my cheeks just kept getting bigger and bigger.

When I became ill, everyone said that I would not be healed or loved, so she [his mother] stopped caring about me and looked after her other children instead.

‘When the disease got worse, everybody left me. My father was the only one who looked after me.’

And after months of aggressive treatment, scans showed that Prosper’s facial swelling had reduced significant, even allowing his eyes to open. 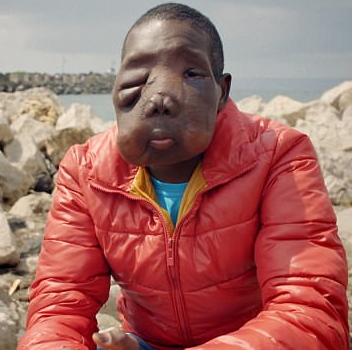 ‘At the start my face was so big, I couldn’t do anything. But not I thank God.
‘I have nearly finished my chemotherapy and everything has deflated. My face is much better.’