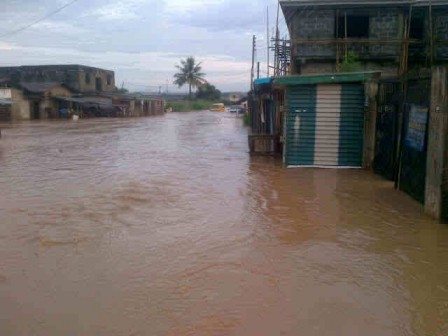 After a heavy rainfall yesterday in some areas of Lagos State, Nigeria, 5 residents of Iyana Ipaja have been swept away by the flood. naijagists.com

According to a report monitored on pm, a yet to be identified father, his daughter were swept into a canal while trying to move past the flood at Akinola Oju-Odo street.

As at the time of this report we learnt several residents have been displaced.