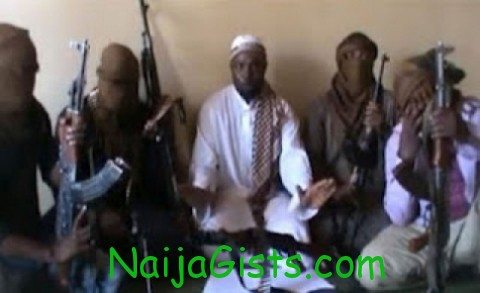 Boko Haram Jihadists on Monday claimed responsibility for the suicide attacks on three churches in northern Nigeria’s Kaduna state that killed at least 16 people and sparked riots that killed over 80 people more. naijagists.com

“Allah has given us victory in the attacks we launched against churches in (the cities of) Kaduna and Zaria which resulted in the deaths of many Christians and security personnel,” said the email statement sent by Abul Qaqa, the purported Boko Haram spokesman who has similarly claimed previous attacks.

Emergency agencies continued to search for bodies of people killed in the reprisal attacks that followed the bombing of the churches.

While official death toll has jumped to 45 from 36, unofficial sources estimated the dead to be over 100, including over 300 injured