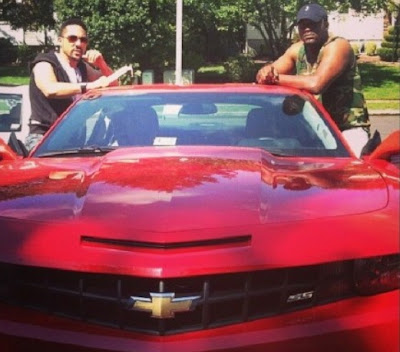 According to sources, the talented movie stars embarked on a long road trip on Thursday, the 12th of September 2013.

Though their final destination wasn’t revealed, the two reportedly rented the expensive Chevy car for the fun business trip.

See John Dumelo packing up for the journey below; 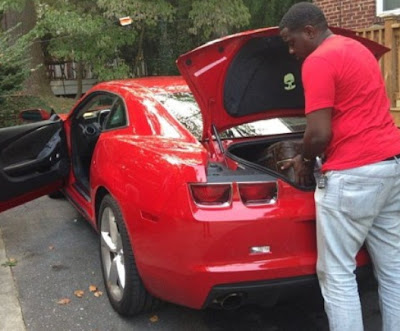 Chei! JD has gained a lot of weight o.. check out his neck #evidenceofgoodliving