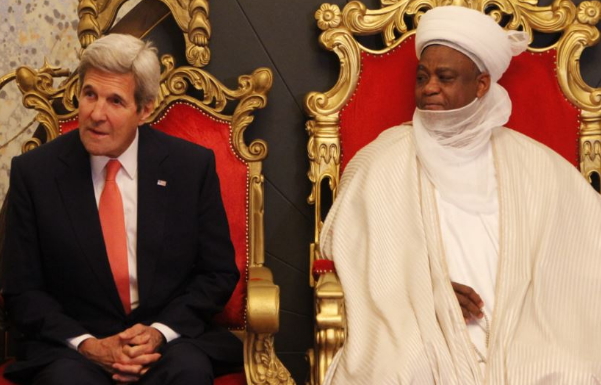 US Secretary of State, Mr. John Kerry, said yesterday that the use of force alone cannot end insurgency. Rather, he said the Federal Government should seek reasons Boko Haram terrorists are attacking Nigerians.

Condemning insurgency, Kerry said: ‘Boko Haram boasts of no agenda more than to burn schools and places of worships.’ They also kill and maim people, especially teachers, and it is the opposite of religion.’

In spite of these atrocities, Kerry advised the government and the military to gain people’s trust. According to him, extremism cannot be defeated through repression or fear.

He spoke during a courtesy call on the Sultan of Sokoto, Alhaji Sa’ad Abubakar III. The American top diplomat is on a two-day visit to Nigeria.
Mr Kerry commended President Muhammadu Buhari over his war against corruption and government’s efforts in recovering loots.

He said corruption costs the world a whopping $2.6 trillion yearly. The money, he noted, was enough to provide decent livelihood for the people.

“This is money that can be used to improve the living standard and provide decent livelihoods for them. Corruption is not only a crime, but very dangerous and it must be tamed,” he said.
Commending President Buhari for his efforts in fighting corruption, Kerry noted that corrupt officials, anywhere in the world, were crooks.

He said Buhari understood the danger of corruption and that Nigeria was already a regional leader in the fight against corruption.
”Nigeria is also a role model in the ongoing global efforts to fight corruption,” he stated, and acknowledged measures being applied by Buhari to entrench morality, transparency, honesty and good governance in the country.

Mr. Kerry lauded the Federal Government for recovering loots, stressing that there was the need for all government institutions, including military, other security agencies and the judiciary, to support the anti-corruption campaign.

“U.S. is also fully committed to fighting corruption and the entrenchment of good governance globally.
“One of Nigeria’s strengths is diversity of culture and religious tolerance. The former leaders of the defunct Sokoto caliphate and others like the late Sir Ahmadu Bello had stood by the virtues of peace, unity and tolerance,” he said.

The envoy commended the Sultan for his relentless efforts at entrenching peace and unity in Nigeria and beyond.

He lauded the plan by the Sultanate Council to establish an all-women university, saying that girls, women, children and other vulnerable groups “must be educated, given jobs and opportunities to explore their potential’’. 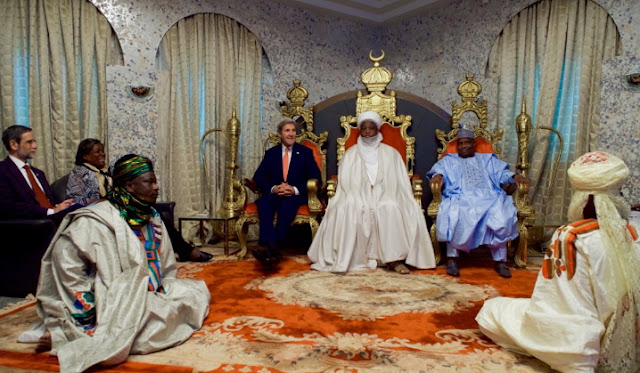 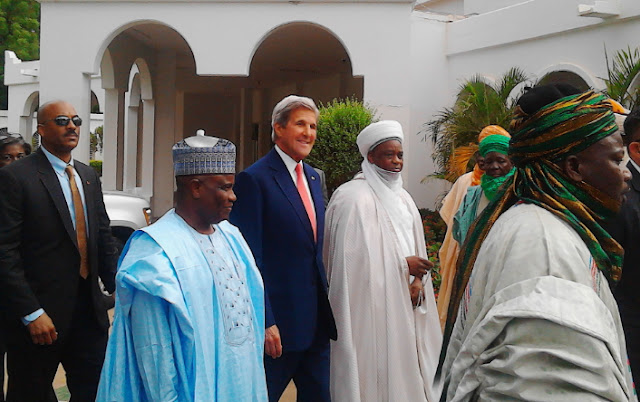 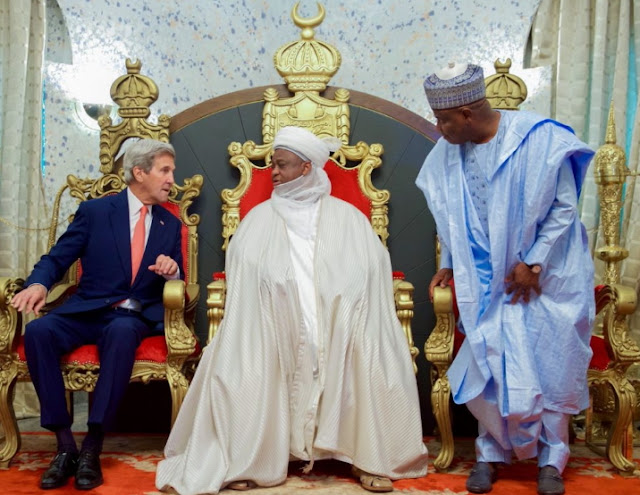 Responding, the Sultan commended Mr. Kerry for the visit and his ”inspiring speech.” He said the gesture would encourage “us to redouble our efforts for a stronger, united and prosperous Nigeria. We don’t discriminate on religious, tribal, ethnic or political affiliations as we accommodate all for peace and harmony,” he said.

Mr. Kerry had a closed-door meeting with the Sultan and some leaders of the two major religions. Gov. Abdulaziz Yari of Zamfara and Inuwa Abdulkadir, Deputy National Chairman of All Progressives Congress (APC) North-West, were present.