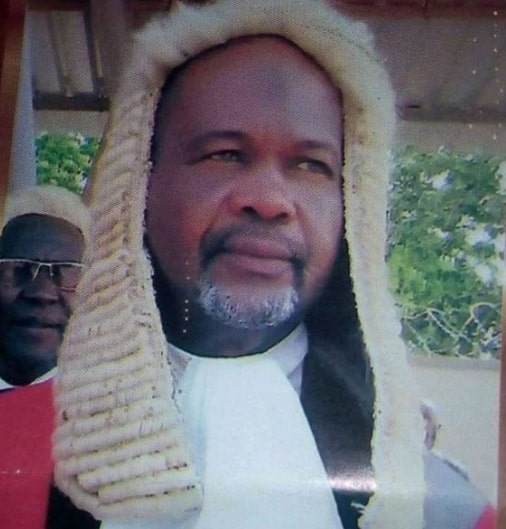 Katsina state indigene were thrown into mourning over the weekend following the death of judge with the State High Court, Justice Ibrahim Maikaita Bako, who died along Katsina –Funtua road

Governor Masari, in a statement signed by his Director-General, Media, Abdu Labaran Malumfashi, described Justice Bako as an illustrious son of Katsina State who distinguished himself in the legal career.

“Justice Bako, who was a High Court judge up to his death made Katsina State proud by distinguishing himself in his chosen career’’.

’’His death would reverberate beyond the shores of Katsina and Nigeria given the profound role he played in one of the most important institutions in Nigeria, nay globally, ie the judiciary’’.

The Governor further condoled the immediate families of the deceased on behalf of himself, the government and people of Katsina State and prayed Allah to forgive him all his sins and other shortcomings, even as he urged the bereaved to take consolation in the fact that the revered judge had lived a fulfilled life.

Also in his condolence message, the Chief Judge of Katsina state, Justice Musa Abubakar Danladi, regretted that the state will be missing one of the leading light in the state’s judiciary

Justice Bako was involved in a road accident while travelling from Katsina to Funtua last Friday and was taken to a hospital in Abuja for treatment where he later died.