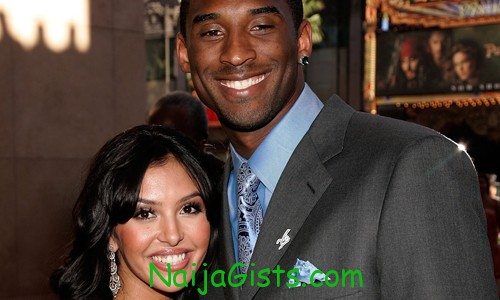 Vanessa, the sweetheart and wife of the LA star, Kobe Bryant has officially filed for divorce from her hubby of over 10 years for irreconcilable differences as the reason for the split naijagists.com.

A statement released by the couple’s representative says that the couple may have foreclosed any chance of salvaging their marriage, and believe their decision is the best option in their present circumstance.

“The Bryants have resolved all issues incident to their divorce privately with the assistance of counsel and a Judgment dissolving their marital status will be entered in 2012.

The Bryants ask that in the interest of our young children and in light of the upcoming holiday season the public respect our privacy during this difficult time.”

Why are couples often like this? God help us oooooooo.