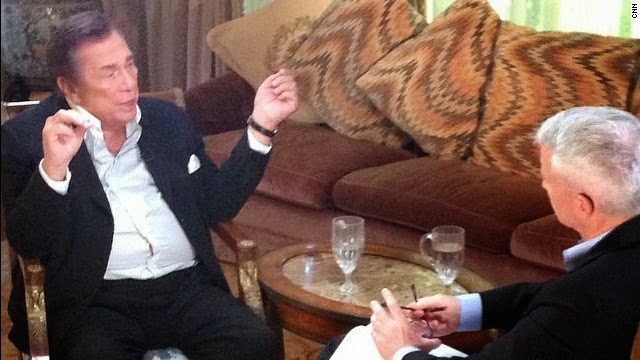 May 12, 2014 – LA Clippers Owner, Donald Sterling Tenders Apology On CNN With Anderson Cooper Over Racist Comment “I Made A Terrible Mistake”

The owner of American professional basketball team, LA Clippers, Mr Donald Sterling who was banned for life for making a racist comment during a telephone conversation with his mixed girlfriend few weeks ago has spoken up.

Donald Sterling who appeared sober in a new interview acknowledged that he made a mistake over the racist remarks.

In a new CNN interview that will be broadcast on Monday night, Donald Sterling told CNN’s Anderson Cooper he will never do such again.

“I love my league, I love my partners. Am I entitled to one mistake? It’s a terrible mistake, and I’ll never do it again,” .”I’m here to apologise. The reason it’s hard for me, very hard for me, is that I’m wrong. I caused the problem. I don’t know how to correct it,” he tells CNN.

Donald Sterling was banned for life by NBA last month and fine $2.5million over a telephone conversation. In the tape, Mr Sterling was heard telling his mixed girlfriend (Afro-Latin American) not to mix with black people nor bring them to LA Clippers games.