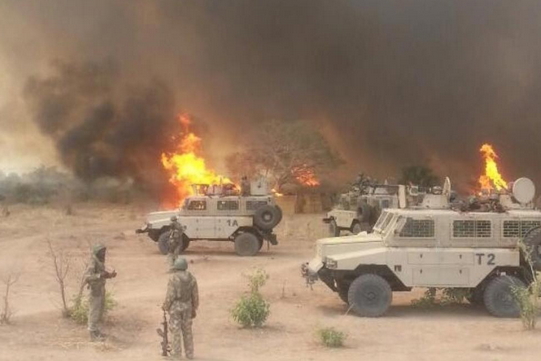 Operation Lafiya Dole troops have arrested 14 Boko Haram terrorists and neutralised many others in Borno state.

According to Army spokesman, Sani Usman, the soldiers which embarked on the operation on Friday captured many arms and ammunition from the terrorists during the operation.

“Unfortunately, four soldiers were wounded in action and they have been evacuated to medical facility where they are receiving treatment,’’ he said.

Usman listed arms captured from remnants of the insurgents by troops of 8 Task Force Division to include two Toyota gun trucks. He said the insurgents stole trucks from Niger Republic Defence Forces.

“The troops also recovered and destroyed over 70 motorcycles used by the terrorists to launch attacks, three shops stocked with medical supplies, three other shops with provisions and three wooden boats.