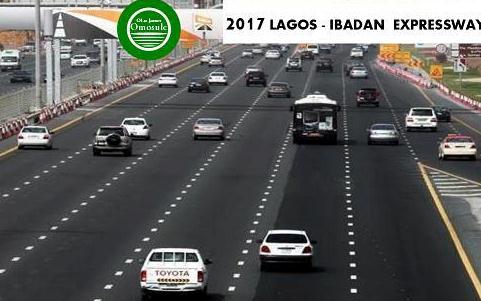 The Federal Government is planning to make the controversial Lagos/Ibadan expressway a 10-lane road.
Chairman of the Federal Road Maintenance Agency (FERMA), Mr Jide Adeniji, made this known in Lagos on Tuesday.

He also disclosed that in the next two years, every federal road in the country would be motorable.
He spoke with reporters at the Peoples Democratic Party (PDP) stakeholders’ forum.

According him, “you can see that there has being a tremendous improvement on our roads, because all my men work days and nights and I can tell you that in the next two years, every federal road in the country will be motorable, as Ferma is working hard towards that.

“All this was made possible by the transformation agenda of President Goodluck Jonathan.”
Speaking on the state of Lagos/Ibadan expressway, the Ferma boss said the road was on its way to redemption as there would be reconstruction of the road.
“Lagos/Ibadan route is better than what it used to be. It is going to be a pure reconstruction and realignment as the government tends to increase the number of each side lane to five.”

“The Minister of Works had talked about it and there is an agenda from the Ministry of Works and by the time the agenda comes out, proper attention concerning Lagos/Ibadan expressway will be given to it,” he said.