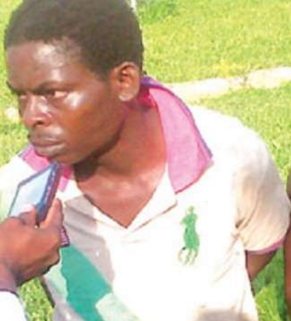 A 27-year-old man, Peter Nweke, yesterday admitted that members of his gang were paid N12 million ransom when they abducted Prof. Kamene Okonjo in 2013. The Enugu State Police Public Relations Officer (PPRO), Mr Ebere Amaraizu, said in a statement that Nweke, who hails from Umumba Ndiagu in Ezeagu Local Government Area of the state, made the disclosure during interrogation.

The suspect, according to the News Agency of Nigeria (NAN), said he was contacted by one Ifeanyi Chukwuemeka from Iselle Uku in Delta State who linked him to one of the Okonjo’s family members that helped them to perfect the kidnap. He said Chukwuemeka disguised as a corps member seeking assistance, entered the compound and made away with the mother of former Finance Minister, Dr Ngozi Okonjo-Iweala. Nweke also told the police that his gang abducted a pastor’s wife and her friend as well as their driver in Ugwuoba, Oji River in Enugu State last October.

He said that they demanded N4 million but later got N1.12 million from the victim. Amaraizu added that the anti-kidnap unit of the command arrested the suspect who escaped to Cotonou in the Republic of Benin after Okonjo’s abduction. The PPRO said the suspect resurfaced in 2015 with another gang which included Ifeanyi Chukwuemeka and Ali Salli from Adamawa State, both residing in Sabon Kashua, Asaba in Delta State. The suspect said he had been in kidnapping business for four years. Nweke added that poverty drove him into the crime. He said:

“I needed money to acquire AK-47 and pump action gun from one Musa from Adamawa State at Sabon Kashua, Asaba through one of his cohorts, Ali Sali, to make the business easier.” The suspect, however, pleaded for forgiveness while advising the youth to shun crime as it was an ill wind that blew nobody good.