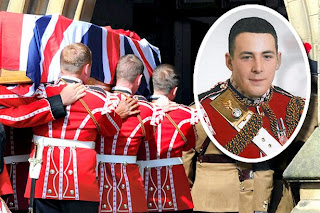 Thousands gathered on the streets yesterday to pay their final respects to late British Soldier Lee Rigby who was gruesomely beheaded by 2 British-Nigerian muslim extremists in Woolwich, South London few weeks ago.

The deceased is survived by his aged parents, a wife and a young son.

Can you imagine what these people are feeling about Nigerians presently?

See another photo from Lee Rigby’s burial below 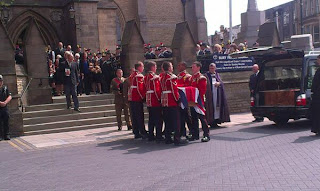