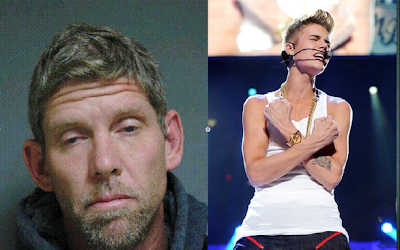 A local news report in Mexico has disclosed that a convicted killer locked up in New Mexico plotted to have Justin Bieber murdered and castrated.

According to KRQE News, the convicted murderer Dana Martin who is currently serving two life sentences for raping and killing a 15-year-old girl in 2000 supposedly recruited a fellow inmate at Las Cruces Prison named Mark Staake to carry out the murder once he (Staake) was released.

Staake and his nephew Tanner Ruane had intended to carry out the ‘operation’ in NYC last month, where Bieber was performing at the Madison Square Garden. They would kidnap Bieber and his bodyguard and strangle them with paisley ties, Martin’s calling card. Ruane would then castrate them.

According to KRQE, Martin is obsessed with Bieber and even has a tattoo of Bieber on his leg.

But before the act was perpetrated, Martin turned in on his accomplices and reported the matter. Staake was subsequently arrested.

No word from Bieber’s camp yet but we can tell you the millions of Beliebers are extremely happy their icon wasn’t harmed.