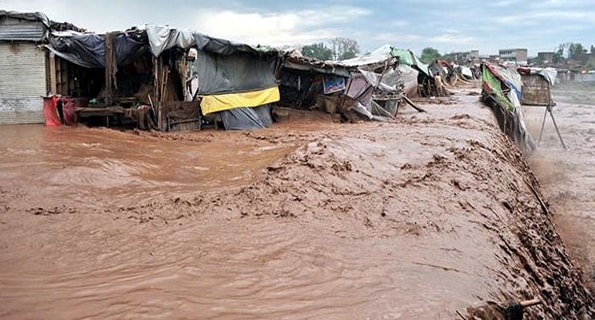 All houses in 3 LGA of Kaduna state were today ravaged by flood after an heavy rainfall.

The Executive Secretary of Kaduna State Emergerncy Management Agency, Ben Kure said no life was lost to the flood during assessment

He attributed the flooding to blocked drainages with refuse and construction of structures along water channels.

According to him, the agency has being mandated to visit areas affected to ascertain the level of damage.

He listed the affected areas as Abubakar Kigo road in Kaduna North; Barnawa in Kaduna South; Karatudu, Narayi and Sabon Tasha in Chikun Local Government Areas, among others.

He said that no fewer than 30 persons were displaced by the flood at Romi and are now taking shelter at the community primary school.

Continue Reading
You may also like...
Related Topics:Flood, Kaduna, news