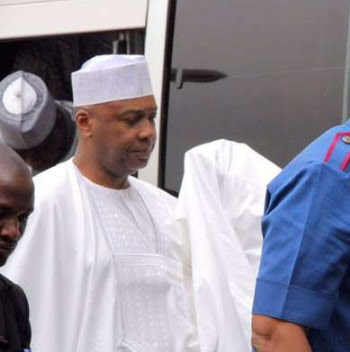 The CCT Thursday adjourned the trial of Nigeria’s senate president, Bukola Saraki on a 16-count charge of false assets declaration and maintaining offshore accounts to 10 May, 2016.

The adjournment followed the filing of three new counts and amendments of the 13 charges the Senate President was being tried for.

Paul Usoro, the lead prosecuting counsel had after the Senate President pleaded not guilty to the 16-count charge asked for amendments to enable the defence lawyers take instruction from the defendants on the new counts.

Usoro pointed out that apart from the three new counts, most of the initial charges have also been adjusted. He therefore asked for an adjournment.
He cited various instances in the different charges to back up his claim. Usoro requested for three weeks adjournment.

“The charge just presented is fundamentally altered, three weeks is what we ask to continue the cross examination of the first Prosecution Witness,” said the defence counsel.

He added that refusal to grant the adjournment will prejudice the defendant given that three new counts have been added and even those there before have been changed.

He was however opposed by Rotimi Jacobs, the lead prosecution counsel who said having already granted five adjournments to the defence, no other other adjournments exceeding seven days can be granted, citing Section 218(1) Administration of Criminal Justice Act to back up his claim.

Jacobs added that the defendant had not shown that he will suffer any prejudice if he asked to continue the cross examination of the first prosecution witness.

In his ruling, Justice Umar said there is need to strike a balance between the request of the defence and that of the prosecution.

He also said it is necessary for all the parties to ensure that the trial is speedily concluded.
Instead of three weeks, he said the defence will be granted an adjournment of 10 days.

Continue Reading
You may also like...
Related Topics:cct, charges, saraki