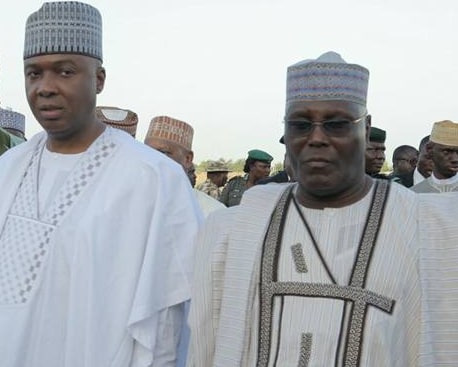 Saraki Assures Atiku Of Victory, Says APC Time Is Up

Senate President Bukola Saraki has accused the All progressives Congress (APC) of seeking another postponement of the 2019 general election.

Saraki said this on Tuesday during the meeting of the National Executive Committee (NEC) of the Peoples Democratic Party (PDP) ahead of the rescheduled elections.

“We know, all that drama you saw yesterday, all that Nollywood drama in the APC caucus meeting yesterday is because they’re looking for another postponement; they don’t want elections on Saturday,” he said.

Continue Reading
You may also like...
Related Topics:Atiku, saraki, victory