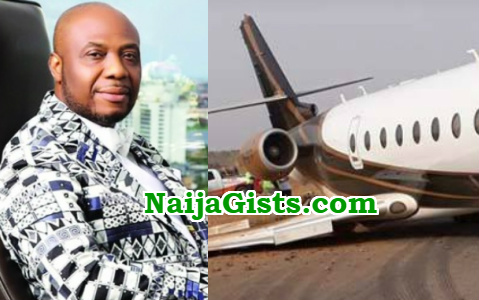 A private jet was involved in a minor crash in Abuja this morning after the aircraft lost its landing gear while attempting to return to the runaway.

The Federal Airports Authority of Nigeria had to close Nnamdi Azikiwe International Airport for 30 minutes after the faulty aircraft owned by Nest Oil skidded off the runaway. 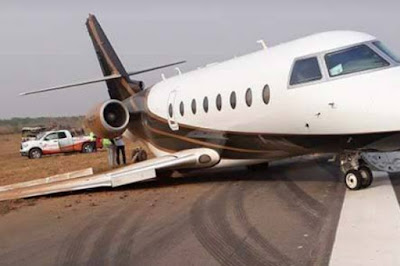 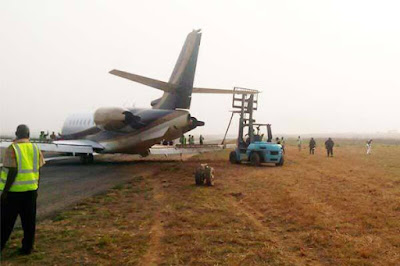 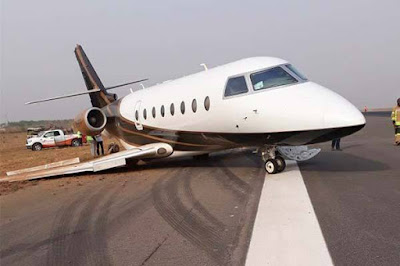 Nestoil group is owned by Dr Ernest Azudialu aka Obijackson who has escaped death on several occasions.

We are still unsure if he was in the private jet when it skidded off the runway today.