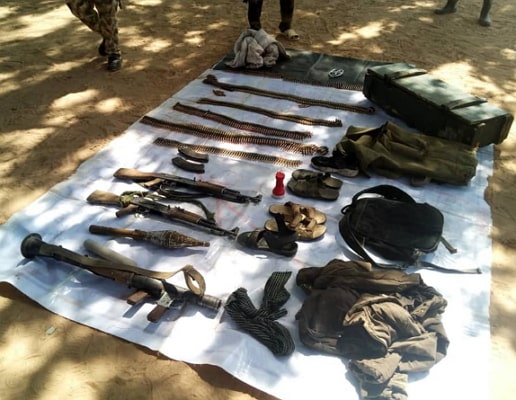 It is in this line that they neutralised quite a number of them and recovered various calibre of arms and ammunition in such areas around Goniri in Yobe State, Damasak, Kross Kauwa and Monguno, among other locations in Borno State.

The gallant troops have also been repelling attempted efforts by the terrorists to infiltrate their locations. Buoyed by the Chief of Army Staff’s presence and motivation, the troops in the frontline are in renewed positive fighting spirit across the theatre to stop incursions and annihilate the terrorists.

The battle has now further shifted to the fringes of Lake Chad and other suspected Boko Haram terrorists enclave along the borders.