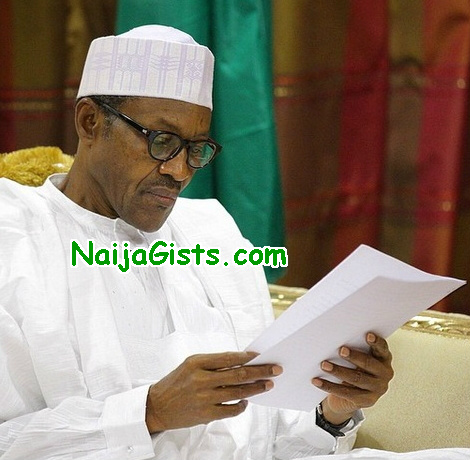 Minister of Youths and Sports, Solomon Dalung, who made the disclosure said it was a private correspondence sealed and handed over to him by the leadership of the group for onward transmission to the president when he visited Oporoza, traditional headquarters of the Gbaramatu Kingdom in Delta State, and other communities in the troubled area last Wednesday.

Dalung, who spoke with reporters on the sidelines of a meeting of stakeholders from Plateau South Senatorial zone held at Jeremiah Useni’s constituency office in Shendam, Plateau State, however, said he had no knowledge of the content as it was sealed. “I was merely mandated to deliver it to the president,” he said.

Dalung noted that as Minister for Youths and Sports, he was aware that majority of members of the Avengers were youths who have potential to be great men. He said his visit to the Gbaramatu communities was a demonstration of the Federal Government’s commitment to good governance and his strong concern for the development of Nigerian youths.

During his encounter with the leadership of the Avengers, Dalung said the group raised three key issues bordering on the plan by the Federal Government to cancel the Maritime University of Nigeria (MUN) established by the immediate past administration of Dr. Goodluck Jonathan and sited at Okerenkoko, a community in Gbaramatu; communal protection of the massive network of oil pipelines crisscrossing the Niger Delta region, and full implementation of the Presidential Amnesty Programme as approved by the late President Umaru Musa Yar’Adua.

Dalung said he embarked on a two-hour boat ride on the high sea to engage the militants and members of the communities whose tales were of frustration occasioned by aborted dreams of effective participation in the Nigerian project.

“I met with the members of the communities who told me that their dream was to be included in the Nigerian project, that the educational facilities and other basic social amenities were almost non-existent in their communities. They also raised concern of repeated invasion by the Nigerian Military,” he remarked.

The minister expressed dissatisfaction with the level of infrastructural development in the Niger Delta.