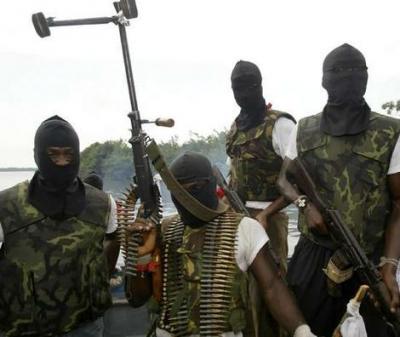 Niger Delta Former militants, who surrendered their arms under the Federal Government’s amnesty programme, have threatened to launch an attack on specific targets that are important to the survival of the country’s economy, if their demands are not met in two weeks.

The statement was released following a meeting they held on Saturday, under the Forum of All Ex-militant Leaders, which was chaired by Gift Tare of the Iduwini Volunteer Force.

The group leaders, who call themselves ‘Generals’, requested that the federal government should pay them their monthly allowances and accused the Presidential Adviser on Amnesty Programme, Kingsley Kuku, of failing to recognise those who submitted their arms under the amnesty programme.

“Except these modest requests are granted within the next 14 days, the Presidential Amnesty Committee should be ready for more face-offs and violent confrontations,” the statement read.

They said they had resolved to employ the “instrument of violence” since the authorities had ignored their agitation.

“Since the Mr. Kingsley Kuku-led Presidential Amnesty Committee has decided to turn this well-thought out peace initiative of our departed President and Apostle of peace, the late Alhaji Musa Umaru Yar’Adua into his private and family business, everything, including violent confrontation should be adopted to correct this deliberate act of one of our own, who has today turned himself into an oppressor of sorts.

They requested the Federal Government to “urgently probe the Presidential Amnesty Committee as we have facts and figures to show that several persons who are not even recognised ex-militants are not only benefiting from the programme, but are today deciding the fate and destiny of known ex-fighters and patriots of the Niger Delta emancipation”.

The group further requested that the Federal Government should convene a stakeholders’ meeting where all aggrieved ex-militants would be given the opportunity to speak about the amnesty programme.

Kuku, however, denied the allegation, adding that the youths who were currently making demands did not submit their arms before the closure of the amnesty programme.