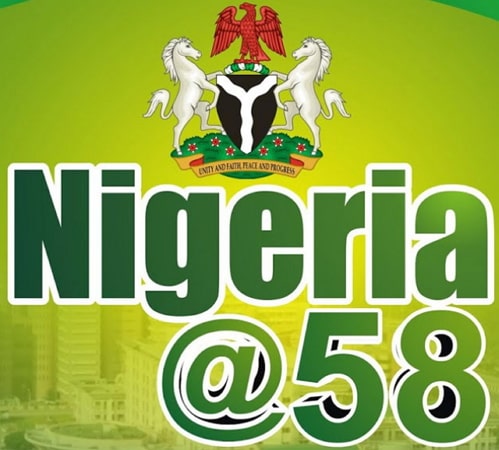 NIGERIA’S HISTORY: THEN AND NOW

Nigeria as we know it now has gone through various stages of development to come to this stage. Recall that Nigeria was a British colony before gaining independence on 1st October 1960. The history can be traced to the prehistoric settlers as early as 1100BC. It was at this stage that ancient African civilizations commenced in the region with settlements such as the kingdom of Nri, Benin Empire, Oyo Empire becoming a formidable force.

This was before the “discovery” of Africa by Europe through the transatlantic trade to the Berlin Conference of 1885 where the region to be known as Nigeria was handed over to the British in what is known as the ‘Scramble for Africa’.

It was after the scramble that a large choice area was given to the British. How did the area come to be known as Nigeria?

The name ‘Nigeria’ was taken from the Niger River running through the country. It was then coined in the 19th century by the British journalist Flora Shaw who later married Lord Lugard the colonial administrator. Nigeria’s former name was the Royal Niger Company Territories.

After independence, a lot of changes took place such as in 1963 when the country became a republic before succumbing to military rule three years later after a bloody coup d’etat. A secessionist movement later formed the Republic of Biafra in June 1967 leading to the thirty months Nigerian civil war.

The immediate causes of the war include hostility meted out to the East living in the north, military coup, a counter coup, control over the lucrative oil production in the Niger Delta.

Researchers have postulated that the merging of people from different backgrounds, beliefs and culture have greatly affected Nigeria’s peace and stability.

They also argue as to whether Nigeria is a state or a nation. To ascertain this, a brief definition of both concepts would be elucidated:

State: A state may be defined as a politically organized body of people occupying a definite geographical territory with an organized government.

Nation: A nation to the other hand is made up of people with homogeneous characteristics, that is people united by common ties.

Characteristics Of A State

Population: For a state to exist, it must have a number of permanently resident people teemed citizens. There are also others that can live in a state, not as citizens but regarded as aliens/foreigners.

Government: Every state has a machinery referred to as government to make and enforce law for the purpose of regulating the conduct of its people.

Territory: For a state to exist, it must have a defined territory separating it from other neighbouring states.

Sovereign: A state must as a matter of compulsion be sovereign meaning it must  have power over its own affairs. A state can only lose its sovereignty when it was annexed by another country. Example the annexation of Kuwait by Iraq in 1990.

Recognition: A state must be officially recognized by other states.

It is only through an appreciation of its historical adjustments that the present can be truly appreciated.

Continue Reading
You may also like...
Related Topics:future, history, nigeria, now, past, present, then