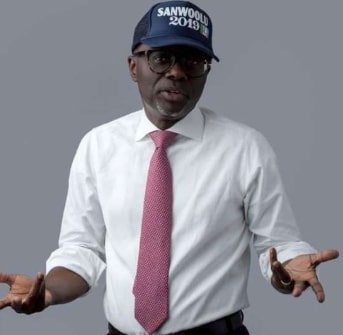 The House of Representatives aspirant urged APC members in Coker-Aguda and Itire-Ikate to vote for Sanwo-Olu in Monday’s primary election.
He hailed Dr Obafemi Hamzat for stepping down from the race for Sanwo-Olu and dismissed the insinuation that Sanwo-Olu is not credible for the job.

“For those who have related with him, his competence to deliver as the Lagos number citizen is not in doubt. He has performed creditably well in all ministries handled so far. Having served three different Lagos State governors, I believe he is more than capable and credible to govern Lagos,” he said.

Bamgbola assured Lagosians that more dividends of democracy are on the way, saying “Lagosians deserve better than what they are getting from the present government and Sanwo-Olu is in a better position to deliver. I trust our party members to choose a more credible person who can perform better and that is why we are endorsing this man (Sanwo-Olu) now. We are sure he will perform well.”

The former Itire-Ikate Local Council Development Area (LCDA) Chairman applauded the Gubernatorial Advisory Council (GAC) for endorsing Sanwo-Olu.
The GAC’s endorsement, Bamgbola said, is in order because any group within the party just like members has the right to pitch their tent with aspirant of their choice.

“If after a long time of deliberation they found Sanwo-Olu credible and fit to surpass the achievements of the present governor, they should be commended and supported by voting for the person the group endorsed,” he said.

On Sunday Ambode allegedly said Sanwo Olu was caught spending fake dollars years ago, a statement that put him at the mercy of his critics.