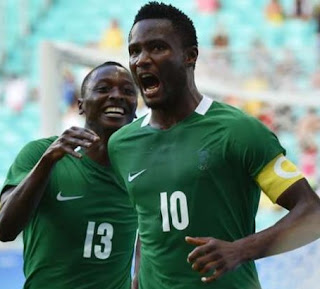 Nigeria became the first African country to qualify for the 2018 World Cup in Russia, after they beat Zambia 1-0 at the Godswill Akpabio Stadium in Uyo, the Akwa Ibom state capital.

The first half of the encounter ended goalless, with the Chipolopolo the better side, troubling the Super Eagles with their pace in attack.

However, in the second half, the game swung the hosts’ way, after Gernot Rohr introduced Arsenal’s Alex Iwobi for Simon Moses.

Iwobi finished off a fine move down the right, following nice combination play between Victor Moses and Shehu Abdullahi.

Nigeria now have 13 points at the top of Group and an unassailable six-point lead ahead of Zambia, with one round of games left.

They join other countries like Brazil, Spain, Mexico, England, Germany, Iran, South Korea, etc. who have also booked their places at next year’s tournament.