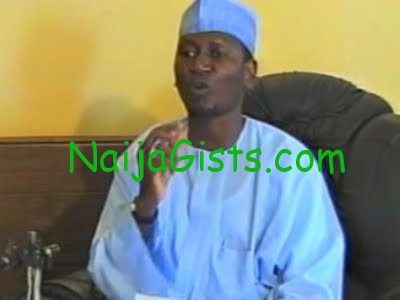 Only few people outside Nigeria noticed the death of Mohammed Yusuf, a radical preacher, at the hands of the country’s famously brutal police almost three years ago. naijagists.com

The only achievement of a man who had publicly insisted that the Earth was flat appeared to have been the creation of a quixotic Islamist cult dedicated to banning Western education.

Today, Boko Haram – Yusuf’s creation – has become one of the deadliest terrorist movements in North Africa and the chosen vehicle for al-Qaeda to penetrate the largely Muslim states of northern Nigeria. The ideology of global jihad would have inspired those who kidnapped Chris McManus and Franco Lamolinara, the British and Italian hostages who died in the failed rescue mission on Thursday.

The arrival of this pitiless worldview in Africa’s most populous country is Yusuf’s most lasting legacy. His posthumous achievement – if that is the correct term – serves as a reminder of the impact that one charismatic figure and a highly motivated cult-like movement can have in an impoverished country where all forms of state authority are corrupt and ineffectual.

Mohammed Yusuf founded Boko Haram, which loosely translates as “Western Education is Prohibited”, in 2002 with the aim of purging northern Nigeria of the corruption and decadence of the Western way of life. This extended to stamping out scientific beliefs that Yusuf held to be incompatible with Islamic teaching.

On the question of how rain is made, he insisted: “We believe it is the creation of God rather than an evaporation caused by the sun that condenses and becomes rain.” As for the suggestion that the earth is a sphere, Yusuf said this alien theory “runs contrary to the teachings of Allah”.

But the preacher was careful not to reject every aspect of Western culture, at least so far as his own life was concerned. “He lives lavishly and drives a Mercedes-Benz,” one of his contemporaries once remarked. “He is very well-educated in a Western context.”

It was not long before Nigeria’s security services had labelled Boko Haram the Nigerian “Taliban”, even though it had no known links with the Afghan movement.

The group soon came into conflict with the Nigerian security services, and Yusuf was personally blamed for instigating a wave of attacks against government buildings in northern Nigeria, in which hundreds were killed. He was detained and, within hours of being taken to a local police station, it was announced that he had been shot dead “while trying to escape”.

Given the security forces’ reputation for brutality, there was general scepticism about this claim. A few hours before his death, Yusuf, 39, had been filmed at the police station looking calm and relaxed as he cooperated fully with his interrogators’ questions. Later footage showed his bullet-riddled body lying on the police station floor, covered in blood.

Whether Yusuf himself had any dealings with al-Qaeda is unclear. The Nigerian security forces claim they seized weapons and ammunition supplied by Islamist sympathisers when they raided his home in the northern state of Borno.

What is not in dispute is that since Yusuf’s death in July 2009, Boko Haram has formed close links with al-Qaeda’s North African network, to the extent that it now tops the list of emerging terrorist threats being tracked by the major Western intelligence agencies.

Last month, the head of Nigeria’s armed forces publicly accused Boko Haram of having ties to al-Qaeda in the Islamic Maghreb (AQIM), the terrorist organisation’s North African branch. This group, which is particularly active in the Saharan states of Mali, Niger and Algeria, now provides arms, expertise and ideological inspiration to support Boko Haram’s increasingly effective activities against the Nigerian authorities.

In January, the group struck eight targets in the northern city of Kano, killing at least 185 people in the space of a few hours. The tactics used in this assault bore all the hallmarks of al-Qaeda: suicide bombers and gunmen were used to inflict the maximum number of casualties.

The radicalisation of Nigerian Muslims first entered the public consciousness in the West when the “underpants bomber” failed to blow up an American passenger jet as it landed at Detroit airport in December 2009. Umar Farouk Abdulmutallab, a Nigerian who is now serving a life sentence in the US, took a degree in mechanical engineering at University College London, before travelling to Yemen, where he was inspired by Anwar al-Awlaki, the American-educated jihadist who was killed by a drone strike last September, to join “al-Qaeda in the Arabian Peninsula”.

Awlaki, who masterminded a number of high-profile plots against the West, trained the young Nigerian for his suicide mission, and provided him with the explosive device which, fortunately, failed to detonate.

So why has al-Qaeda, whose main base of operations has historically been in the borderlands of Afghanistan and Pakistan, suddenly turned its attention to West Africa? The main reason for this change in emphasis is the success the Nato mission to Afghanistan has had in denying al-Qaeda the ability to plan attacks from the region. The relentless pressure brought to bear against its terrorist infrastructure there, particularly following last year’s assassination of Osama bin Laden, has forced the group to seek new havens.

Al-Qaeda has always exploited the ungoverned territory of failed Muslim states to set up its training camps and terror cells – which explains why Yemen and Somalia have recently emerged as new centres. More recently, al-Qaeda sympathisers have been actively seeking to exploit for their own ends the wave of anti-government protests that have swept the Arab world. They were involved in the overthrow of Libya’s Gaddafi regime last year, and are known to have been participating in anti-government protests in Syria.

The al-Qaeda network is tenacious in its pursuit of new, safe territory from which it can pursue its radical Islamist agenda, and the fact that the Nigerian government is struggling to exert its control over the Muslim states in the country’s north makes them an attractive proposition. The group’s ability to exploit such opportunities in the Muslim world certainly makes a compelling argument in favour of Britain and its Nato allies maintaining their military commitment to Afghanistan until the task of stabilising the war-torn country has been completed.

The deaths this week of six British soldiers, after their Warrior armoured personnel carrier was blown up by a roadside bomb planted by the Taliban, has inevitably led to calls for our Armed Forces to be brought home at the earliest opportunity. But while no one wants to see our young troops daily risking their lives, let us not forget that, if we leave Afghanistan before some form of sustainable infrastructure has been established, it won’t be long before al-Qaeda is building a new network of terror camps in the country, with all the implications that will have for our future security.