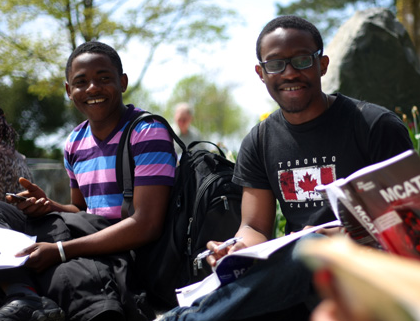 Mr. Christopher Thornley, The High Commissioner of Canada to Nigeria has disclosed that over 10,000 Nigerians are currently in Canada studying at one higher institution or the other.

He explained that Nigeria represents the seventh largest foreign students in Canada. International students, he pointed out brings significant value to the Canadian economy and education, saying that the presence of foreign students “enriches Canadian educational institutions and society.”

While noting that each student represents ‘a new link between the two countries and further binds the ties, he noted: “International students bring significant value to the Canadian economy and I am pleased that Nigerians figure prominently among that dynamic population.

In fact, according to Canadian Immigration record, over 10,000 Nigerians are in Canada to study; and a 20 per cent increase on the previous year. “Nigeria also represents the seventh biggest source of foreign students in Canada. Their presence enriches Canadian educational institutions and society.

Each Student represents a new link between the two countries and binds the ties that unite us.” At the fair were over 33 representatives from Canadian institutions, including universities, colleges and high schools, who advertised their institutions and created awareness about the programmes they offer in their respective tertiary institutions.

This was disclosed by Thornley during the three-day EduCanada Fair witnessed an influx of Nigerians, particularly students from various secondary schools, corps members and workers in Abuja.

Continue Reading
You may also like...
Related Topics:canada, Nigerians, studying