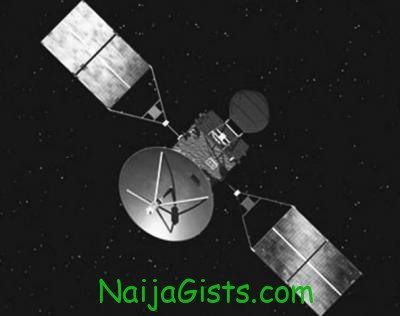 Information coming from the Minister of Communication Technology, Omobolaji Johnson, the Nigeria Communication Satellite 1R, will be launched from China on December 19 at 5pm, and aired live on the National Television Authority (NTA) naijagists.com.

Johnson, who disclosed this to the Federal Executive Council on Wednesday, said the satellite is a replacement for NIGCOMSAT1 which was deorbited in 2008.

She said the new satellite is expected to complement the efforts of the Ministry of Communications Technology to roll out assisting infrastructure both in rural, semi-urban and urban areas.

“As you know, we are rolling out infrastructure that includes fibre optic, satellite and also microwave technology enabling us to deliver fast internet to all Nigerian citizens and also to deliver government services and commercial activities over the internet and hopefully increasing our march or direction towards building a knowledge economy that is less dependent on resources in the ground and more on our human capital knowledge,” she said.

Johnson, who said the satellite is at no cost to the government since it is a replacement for the lost one, added that the organisation (NIGCOMSAT) is vested with the responsibility of commercialising the satellite to serve both private and government needs.

However, the Minister revealed that the satellite will have no immediate implication on the reduction of the cost of internet in the country as that depends on the increase of satellite resources available to the country naijagists.com.

“As we increase the fibre optic, microwaves and the satellite resources, we can bring down the cost of internet in the country, but it will not happen as a result of the satellite launch on December 19,” Johnson said.

The Council was also briefed by the Minister of Science and Technology, Prof. Ita Ewa, on the proposed science policy which is aimed at commercialising research work in the country.

The FEC said it is interested in ensuring that the policy does not just end up on the shelves but that it has a proper implementation framework to back up by funding sources and ensure that the country has the right kind of investments in science, technology research and innovation.

Ewa noted that if the policy is well implemented and properly funded, “the country will begin to make the needed technological strides”.