In another airstrike blunder, Nigerian army has killed close to 37 innocent Nigeriens (Niger republic citizens) during a funeral ceremony in Niger.

According to local officials at least 37 mourners were killed during the funeral ceremony of a prefecture official. A humanitarian source said the airstrike killed 37 people near a mosque in Abadam.

The strike on Tuesday came with Niger involved in a regional offensive in the area against Nigeria-based Boko Haram fighters, who have waged a brutal six-year insurgency that has killed over 13,000 people. 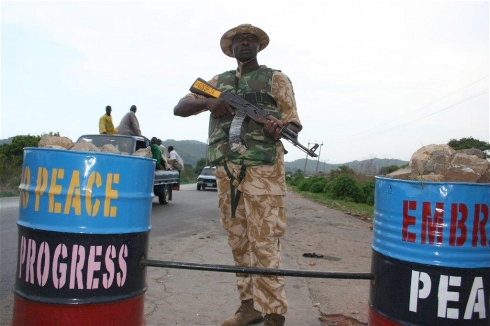 One local leader, who put the death toll at 37 with 20 wounded, blamed Nigeria for the airstrike blunder.

“At first we thought it was a blunder by Chad or Niger’s army, but now we suspect the Nigerian army is responsible,” said an elected leader from Bosso in Niger, which is about 10 kilometres (six miles) from Abadam.