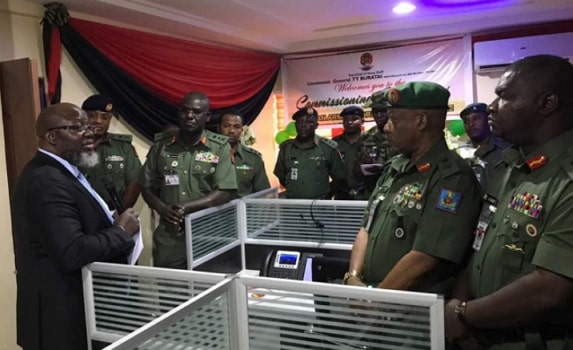 Determined to neutralise the strength of terrorists’ activities on the cyber space, the Nigerian Army has established a cyber command centre. The command, according to the Chief of Army Staff, Lt. General Tukur Buratai, is principally to empower the Nigerian Army with the capabilities to protect its data and network against cyber attacks and hostile elements.

Speaking, on Monday at the commissioning of the cyber operations centre of the Nigerian Army Cyber Warfare Command, located at the Army Headquarters,Abuja, Buratai noted that cyber-warfare was “the fifth domain of warfare after land, sea, air and space.”

According to the army chief, the need to embark on Nigerian Army data protection and information warfare to curb online radicalization as well as other terrorist activities perpetrated on the internet necessitated the establishment of the centre.

Besides,he said the cyber operations centre “would also enable robust online presence so as to fight fake news targeted at the Army with counter narratives and cyber operations.”

To this end, he tasked operators of the centre to equip themselves with digital forensics capabilities and be able to handle cases of identity theft and generate immediate incidence response.

Buratai said the creation of the centre was in line with his vision for the Nigerian Army, which, he noted, was to have professional, responsive Nigerian Army in the discharge of its constitutional roles. 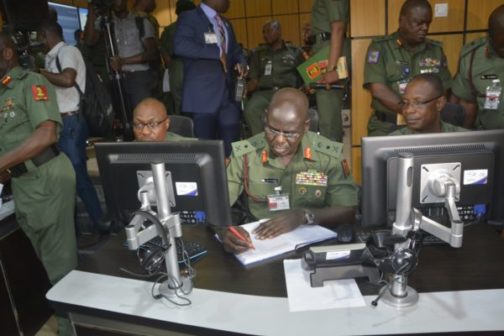 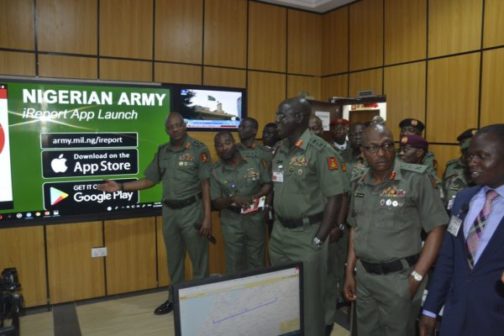 Omoyele Sowore Calls For Resolution, Says Worst Government Is Coming In 2019 If Buhari Or Atiku Takes Over
How Obasanjo Assessment Of Atiku Disqualifies Him From Becoming President