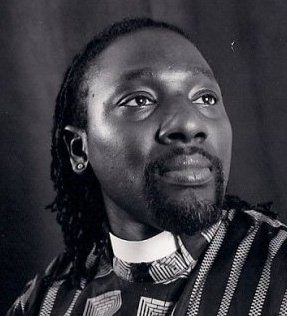 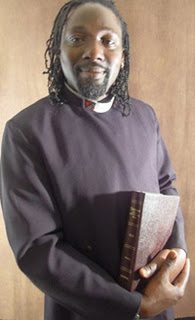 After a media report exposed the unbelievable activities going on in the church, he packed up and relocated to London, UK  where he is presently running his gay church.

Nigerian Homosexual Pastor, Rowland Jide appeared few months ago on CNN, where he proudly talked about his church of gays. Watch his video below

Rowland Jide Macaulay is once again in the news and this time around, he is speaking out against the anti-gay bill which was passed by the Nigerian senate this week..  Read the detail Vanguard report below

In 2008, Saturday Vanguard reported a story about a gay Reverend Rowland who was running a church secretly in Nigeria. The Church called House of Rainbow was situated at No 36/38 Yakoyo street, Ojodu Berger, Lagos. Reverend Roland some time ago reportedly appeared on Cable Network News, CNN, where he proudly talked about his church of gays.
The initial reaction about his exposure was that such a church could not exist within Nigeria as such things are common outside the country. naijagists.com

But an uproar in the Anglican communion in Europe on gay bishops brought up the case of Reverend Rowland, a Nigerian, and was residing in Lagos. He was also operating his gay church in Lagos.
In his plot 145 flat 1, Jakande Estate, Isolo, Lagos, where Rev. Rowland Olajide Macaulay, the gay pastor lived, the apartment was locked. It was learnt that the Reverend had left his house on Saturday, September 13, immediately after a national newspaper carried the story of his homosexual church.
According to the neighbours, the Sunday service was unable to hold both at the Jakande Estate branch and the Ojodu headquarters of House of Rainbow Ministries after that publication.

Right now, Rev. Rowland has relocated abroad where he is presently running his gay church,”House Of Rainbow Fellowship”.
According to him, “ My Church is a voice of the younger generation of citizens, activists, and diaspora, and our collective belief in a more progressive Nigeria. They are afraid of our growing influence as we gather allies not just from the West, a people that are not afraid but powerful and resilient.
“Right now, they are spreading their tentacles to every village, town and city around the world”. The Church is also calling on faithful and dedicated local leaders who believe in homosexuality and lesbianism. Ten House Of Rainbow Fellowship local leaders are in Ghana, Nigeria, UK, Burundi, and Lesotho.

According to the gay pastor,  “any negative effect on the anti-gay bill will have detrimental effect on the work and mission of House Of Rainbow in Nigeria. The lives of LGBTI people and their friends, families and allies will be further frustrated with fear and prejudice. We need to pray and stand up against injustice”.

Nigeria is kicking against the practice of same sex marriage where homosexuality is punishable by up to 14 years in prison, so it might be a terrible time for both gay and religious leaders who are in support of this practice.

Meanwhile, Rev Rowland Jide Macaulay, the gay minister who founded the church, is leading a comeback even though he remains in self-imposed exile in London.

”Religion is a backbone to life in Nigeria, so we all want to go to church,” he said. “But we don’t want to lie to God about who we are.”

Macaulay first set up House of Rainbow in 2006, where he openly held Sunday services in a Lagos hotel hall decorated in rainbow colours. A public backlash culminated in members being beaten as they left the church. Macaulay fled to the UK after receiving death threats.

This year, he has recruited a small team that includes his local leaders in Lagos in his voluntary role.
The project could even spread beyond the borders of Africa’s most populous country. Macaulay has recently recruited a local leader in Accra, the capital of nearby Ghana. He is considering applications from Rwanda and Zimbabwe.

Pentecostal pastors often see gay desire as the work of demons. “You might start casually but, once you get into it, you will be possessed by the spirit,” said Emmanuel Owoyemi, a pastor in Lagos.
Meanwhile, in the 12 sharia states in the North, gay sex carries the death penalty, although no executions have yet taken place.

A national anti-gay marriage bill, which pushes for jail sentences for anyone who even assists gay marriage, has been before Nigeria’s parliament since 2009 and was passed recently prohibiting the practice. Macaulay, however, is not taking any chances this time.
Prayer sessions are being held in secret locations. No unknown newcomers are being admitted. He continues to preach via YouTube from London – he thinks it would be unwise to return home. “We have learnt our lesson,” he said. “It is a hostile situation.” naijagists.com

Being gay is regarded as an offence across much of Africa.

Apart from being on the wrong side of the law, many homosexual Nigerians say exclusion from church is one of the hardest parts of being gay. ”We are brought up to believe that you should belong to a religion. We feel that, if we don’t go to church, God will not answer our prayers,” says a young gay man in Abuja