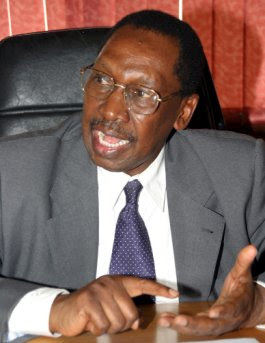 Father of the suspect

The son of the 79-year-old Justice Uwais, The chief justice of the Supreme Court of Nigeria from 1995 till 2006, is now an active combatant with Isis.

The Nigerian Watch reports that the young man has left Nigeria for Syria few days ago with his two wives and children to allegedly enlist and fight alongside the Isis terrorists who presently control large territories in Iraq, Syria and Libya.

Justice Uwais, who after his retirement served as chairman of the committee that reviewed Nigeria’s electoral laws in 2007, has been informed about his son’s decision although it cannot yet be ascertained if the son had been involved with Nigeria’s home-bred Islamist terrorist group, Boko Haram.

The alleged move is seen as a big coup for the terrorists as it has now become a growing trend among middle class Muslims from wealthy families across the world who mostly abandons their legitimate and lucrative careers to join the jihadist in their arm struggle.